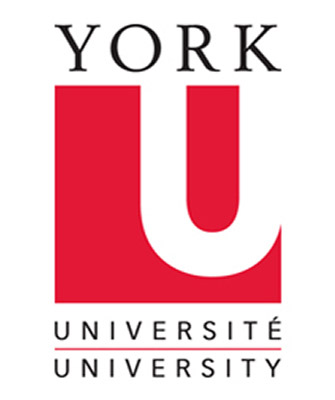 As a new year emerges, YFile would like to take the opportunity to look back on 2015 and share with readers a snapshot of the year’s highlights. “Year in Review” will run as a four-part series featuring a random selection of top news stories published in YFile. Part two features the stories and highlights for April to June 2015, as chosen by YFile editors.

New athletics stadium to host Pan Am & Parapan Am Games at York
The new CIBC Pan Am/Parapan Am Athletics Stadium at York University welcomed thousands of athletes from 41 countries in Latin America, South America, the Caribbean and North America this past summer during the Toronto 2015 Pan Am/Parapan Am Games. “This is a once in a lifetime event,” says Helen Psathas, senior manager, environmental design and sustainability, CSBO. “York is being transformed this summer.”

York University deepens its commitment to teaching, learning and the student experience
York University continued to advance its leading expertise in delivering eLearning and experiential education and enhancing the student experience through a new cycle of the highly successfully Academic Innovation Fund. Some 49 project proposals championed by the University’s faculty and staff are part of the $1.5 million allocated for the second phase, which was announced on April 21, 2015.

New dean appointed to the Faculty of Liberal Arts & Professional Studies
Professor Ananya Mukherjee-Reed was appointed to the position of dean of the Faculty of Liberal Arts & Professional Studies, effective July 1, 2015, for a five-year term. She is well known to members of the York community. She joined the Department of Political Science in the (former) Faculty of Arts in 1995 as assistant professor, and was promoted to associate professor in 2000 and full professor in 2010. From 2011 to 2014, she served as chair of the department.

New genetic test has potential to prevent spread of ‘killer’ bees
A genetic test developed by researchers at the University of Sydney and York University has the potential prevent the spread of Africanized honey bees around the world. Africanized honey bees, or “killer bees” as they are commonly known, are the result of a failed experiment by a Brazilian scientist and geneticist that was conducted in the 1950s.

Four green announcements highlight York U’s expertise in sustainability
At a special event on April 24, 2015, at the Keele campus to mark worldwide Earth Day and Earth Week events, York President and Vice-Chancellor Mamdouh Shoukri announced a number of key awards and accomplishments to advance the University’s global leadership in sustainability. More than 100 community members were present for the announcement.

Province says ‘Yes to York’: New York U Markham campus on the way
The province gave the thumbs up to a new York University – Markham Centre campus. York U beat 26 other hopefuls to win top marks from the province for their proposal to build a new campus in the city of Markham. The government has committed to supporting the creation of a York University campus in Markham as part of its economic plan to build Ontario up.

The Faculty of Science at York University hosted a gala to celebrate the many successes and achievements of the past 50 years. More than 160 attendees, including staff, faculty, retirees, students, alumni and friends of the Faculty, came to raise a glass to the rich history and the contributions York University has made in the sciences. Anniversary-related activities continued throughout the remainder of the year.

York U engineering students take one of the top three prizes in COU’s IDeAs competition
A bright idea to develop eyeglasses that use microphones and speech recognition software to display the spoken word netted a team of York U students the third prize in the Council of Ontario Universities’ Innovative Designs for Accessibility student competition.

York University to confer 13 honorary degrees during spring convocation ceremonies
At York University’s spring convocation ceremonies, 13 exceptional individuals who have made significant contributions to their respective fields received honorary degrees, including an advocate for traditional Inuit culture, an acclaimed novelist, the chair of the Truth & Reconciliation Commission of Canada and a major player in the Canadian film industry.

History professor wins medal for in-depth look into the lives of 19th century widows
The Canadian Historical Association (CHA) awarded York history Professor Emerita Bettina Bradbury with the Francois-Xavier Garneau Medal for her book Wife to Widow. Lives, Laws and Politics in Nineteenth-Century Montreal. The Garneau medal, the most prestigious CHA prize, is awarded once every five years to honour an exceptional Canadian contribution to research in history.

Service dog and student cross convocation stage in matching cap and gown
York University student Devon MacPherson wasn’t alone when she crossed the convocation stage to receive her diploma. Barkley, her mental health service dog, shared the limelight in his own gown and cap. MacPherson is an excellent example of student success and York University’s commitment to mental health.

Check back in the next edition of YFile for Year in Review: Top headlines at York University, July to September 2015.