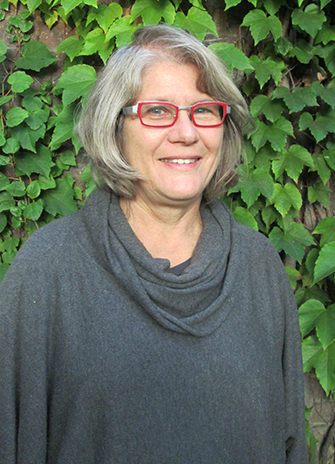 The Canadian Historical Association (CHA) has awarded history Professor Emerita Bettina Bradbury with the François-Xavier Garneau Medal for her book Wife to Widow. Lives, Laws and Politics in Nineteenth-Century Montreal. The Garneau medal, the most prestigious CHA prize, is awarded once every five years to honour an exceptional Canadian contribution to research in history.

Bradbury’s book, first published in 2011, looks at two generations of Montreal women – Catholic, Protestant and Jewish – from the wealthy, middling and working classes who transitioned from wife to widowhood. This transition provides a compelling picture of the city’s laws, politics, demographics, religion and domestic life.

“As the chapters advance through the life course, they expose the constraints of class and patriarchy as well as the struggles and grief attending life’s vicissitudes,” states the CHA’s citation honouring Bradbury’s book. “Wife to Widow superbly integrates life-course stages with the unmistakable development of capitalism and with politics at a turning point in Canadian colonial history.”

Using a variety of documents, such as marriage contracts, wills, election votes, censuses, inventory lists following a husband’s death and records from institutions for the poor and elderly, Bradbury’s unique history spans the lives of two generations of Montreal women who married either before or after the Patriote rebellions of 1837-1838. Her text reveals a picture of a city and its inhabitants across a period of profound change.

“Examining women’s lives then helps us understand much about what was different about 19th-century society from today and points perhaps toward some ways the 21st century may be moving back closer to the 19th [century],” says Bradbury.

“This book shows how women managed to survive and support their children when the state, whether municipal, provincial or federal offered no support.” She adds: “Yet, in the context of the growing inequalities of income, only some are able to save. It seems to me that we are getting closer to the situation I describe in the 19th century, in which most of the burden of support is placed on individuals and their capacity to save.”

Her research reveals that a working class woman, who had shared in the running of a tavern before marriage, for example, may have fared  more easily as a widow than an upper-class woman who was looked after by others and had no knowledge of managing family finances.

“Readers will be surprised about the diverse impact of death on 19th-century people. Most people know that babies and infants died at awfully high rates in the past, but this book shows how death hit men and women at all stages of life, leaving some men and women widowed after months or even weeks of marriage in their teens, twenties or thirties. Yet other marriages lasted for over half a century,” she says.

She adds that readers may also be surprised by the prevalence and causes of single motherhood in those times and the hundreds of women who exercised their right to vote, sometimes amid violent circumstances.

“Most people know that women received the right to vote in Canada during the First World War. Readers will likely be surprised to know that hundreds of women voted in elections in Lower Canada, what is now Quebec between 1790 and 1849,” says Bradbury. “In 1849 this right was definitely removed from women by ‘progressive’ politicians. Quebec women would not be able to vote again in provincial-level elections until 1940.”

Wife to Widow also shows religion’s effect on which men and women were allowed to marry, but also on who was allowed to choose alternative life paths.

“For example, one of my widows, Emilie Tavernier Gamelin, who eventually became the Mother Superior of a new order of Quebec Nuns, the Sisters of Providence, was following a trajectory that was not available to Protestant women,” says Bradbury.

Wife to Widow also won the 2012 Clio Prize of the Canadian Historical Society and the 2012 Prix Lionel Groulx from the Fondation Yves-Saint-Germain.