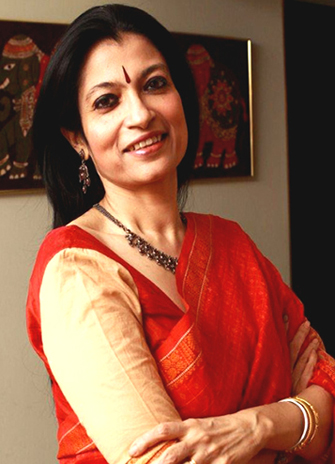 President and Vice-Chancellor Mamdouh Shoukri has issued the following message to the York University community:

I am extremely pleased to inform you that the search for the next Dean of the Faculty of Liberal Arts & Professional Studies has reached a successful conclusion.

You will recall that last year I established a committee charged with undertaking a search for the next Dean, comprising members of the Faculty of Liberal Arts & Professional Studies (faculty, staff and students), as well as a member from outside the Faculty appointed by me, and chaired by the Vice-President Academic & Provost. At the suggestion of the Faculty Executive Committee, I attended the majority of the search committee’s meetings as a non-voting member. This is an important time in the development of York’s largest Faculty, as it builds on its strengths and accomplishments and explores new directions; the appointment of its new Dean is of great significance for both the Faculty and the University.

Following an extensive national and international search, which attracted a number of outstanding candidates, the committee recommended the appointment of Professor Ananya Mukherjee-Reed to the position of Dean. I am very pleased to announce that Professor Mukherjee-Reed has accepted our invitation to take up a five-year term as Dean, commencing July 1, 2015. On Friday, April 17, the Board of Governors Executive Committee, on behalf of the Board of Governors, concurred with my recommendation of the appointment.

Professor Mukherjee-Reed will be well known to members of the York community. She joined the Department of Political Science in the (former) Faculty of Arts in 1995 as Assistant Professor, and was promoted to Associate Professor in 2000 and Full Professor in 2010. From 2011 to 2014, she served as Chair of the department, where she led initiatives to engage undergraduate students more fully in their educational experience and to support and advance graduate teaching and learning; as Chair, she also represented the department as a member of Senate.

Most recently, Dr. Mukherjee-Reed has served in two key institutional capacities. Over the summer and fall of this past year, she served as a member of the Academic Task Force for the Academic and Administrative Program Review (AAPR) process, mandated to review all academic programs from across the University and contributing to the task force report which was released in November 2014. Since November of 2014, she has held the position of Associate Vice-President Research (AVP), with responsibility for York’s 27 organized research units. As AVP she has been working towards advancing research performance in the social sciences and humanities, developing a stronger connection between teaching and research, and chairing the University-wide Major Awards Advisory Committee, which advises the VPRI on key institutional nominations, awards and research chairs. As AVP, she also works with external bodies, including the SSHRC Leaders’ Network and the Federation for the Humanities and Social Sciences.

Dr. Mukherjee-Reed holds a BA and MA in Economics from Jadavpur University, Calcutta, India, and a PhD (1995) in Political Economy & Public Policy from the University of Southern California, Los Angeles. Her interdisciplinary scholarship is in the field of development and social change, with a current focus on the theme of justice, and particularly gender justice. She is the author or editor of several books, as well as numerous chapters, articles, and reports, and is a member of editorial boards for several international journals. Her research has been supported by Canadian and international organizations such as the Social Sciences and Humanities Research Council of Canada (SSHRC), the International Development Research Centre, the Shastri Indo-Canadian Institute, and several UN organizations. She was the founding director of the International Secretariat for Human Development, based at York, which works with community organizations, UN organizations and research communities in several countries with the goal of linking the academic benefits of interdisciplinary scholarship to concrete social benefits. She is also highly respected as a commentator on and contributor to current public debates, appearing frequently in the media as well as before community and international organizations.

I would like to thank the members of the Search Committee for their contributions to this important process. I would also like to express my enormous appreciation to Professor Martin Singer, who has provided outstanding leadership to the Faculty for the past six years as its founding Dean.

I look forward to working with Professor Mukherjee-Reed as she undertakes this key leadership role. I hope that all members of the Faculty and the University will join me in congratulating her and wishing her well in her new role.