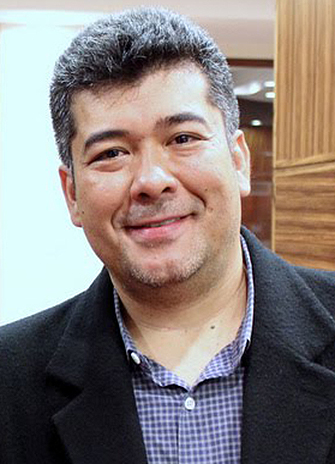 York University chemistry Professor Demian Ifa is the most recent recipient of the Petro-Canada Young Innovator Award, a distinction that recognizes full-time faculty at the beginning of their academic careers.

The award program is a joint commitment between Petro-Canada and York University, encouraging excellence in teaching and research to enrich the learning environment and contribute to society.

Ifa’s research focuses on the development and application of mass spectrometry to bioanalysis.

“My research involves determining the spatial distribution of chemicals such as explosives or narcotic residues in ordinary surfaces,” says Ifa. “I also work on the discovery and validation of biomarkers in biological tissues for diagnosis and progression of disorders such as types of cancer.”

His findings have appeared in many publications, including Mass Spectrometry Reviews, Analyst, Proceedings of the National Academy of Sciences and Science.

A significant component of Ifa’s research lab is the opportunities he makes available for students. Through his leadership, students are able to learn, develop and apply mass spectrometry techniques to fields such as forensics, natural products, material sciences and biomedical analysis.

Ifa was recently listed as one of the leading new researchers by the American Society for Mass Spectrometry. The “Emerging Investigators” focus section of the journal recognizes promising early researchers who have successfully established themselves within the first 10 years of their careers by making significant contributions to mass spectrometry through their work.

The Petro-Canada Young Innovator Award presents $7,500 to recipients in the form of a research grant. The nominations are adjudicated by the vice-president research and innovation’s Major Awards Advisory Committee.

“Warm congratulations to Demian,” says Faculty of Science Dean Ray Jayawardhana. “As a true innovator, he embodies what this award is all about. I’m excited to see how his fascinating research unfolds in the coming years.”