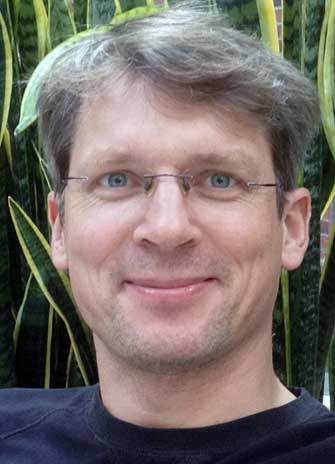 Thilo Womelsdorf, professor in the Department of Biology, Faculty of Science, is the recipient of the Petro-Canada Young Innovator Award. The award program is a commitment by Petro-Canada and York University to encourage excellence in teaching and research that will enrich the learning environment and contribute to society.

“I would like to congratulate Professor Thilo Womelsdorf on this achievement.  The funding provided by Petro-Canada and York University helps support early career researchers in the building of their programs. Professor Womelsdorf is being recognized for the excellence and promise of his research program. The award is well-deserved,” said Robert Haché, York’s vice-president research and innovation (VPRI).

The goal of his research program is to develop a computational neuro-psychiatric framework that will enable an understanding of the brain mechanisms of functional and dysfunctional attention and learning processes in mental health disorders, such as depression, schizophrenia and anxiety syndromes.

He leads a research team in the Attentional Control Laboratory at York University. Womelsdorf’s research focus on attention is critical because the ability to learn what is relevant and what is detrimental is affected early on in the most widespread mental health disorders. Most recently, Womelsdorf and his research team, working alongside Dr. Taufik Valiante, a neurosurgeon at the University Health Network, discovered a likely cell-specific mechanism that can control large-scale brain networks supporting attention. This scientific discovery, published in Current Biology, identified how brain cells coordinate their activity by exchanging brief high-frequency packages of electrical messages among each other at those times when brain networks are formed to support attention and efficient decision making.

In an earlier contribution this year in the journal Nature Neuroscience, Womelsdorf, Valiante and co-workers successfully delineated the possible motifs of brain circuits that influence how the many cells in our brains interact and communicate. The implications of these discoveries for the healthy functioning of human brains are actively pursued in collaborations with neurosurgeons and international computational experts striving to improve the human condition with advanced neuroscience tools.

“It is a huge achievement of Dr. Womelsdorf’s research to bridge such diverse fields as computational and cellular neuroscience to improve our understanding of brain dysfunctions in neurological diseases,” said Valiante.  “This multidisciplinary nature of approaching fundamental, unresolved questions of brain functioning has fostered already new insights into how brain cells coordinate to form large scale brain networks in humans that support attention and decision making.”

Such an appreciation of the importance of the integrity of large scale brain networks for healthy functioning, Valiante explains, has only recently moved into the focus of research, and there have been major breakthroughs in understanding how the many small brain cells coordinate to large brain networks.

The Petro-Canada Young Innovator Award provides support for new full-time faculty members who are at the beginning of their academic careers. Nominations are adjudicated by VPRI’s Major Advisory Awards Committee.