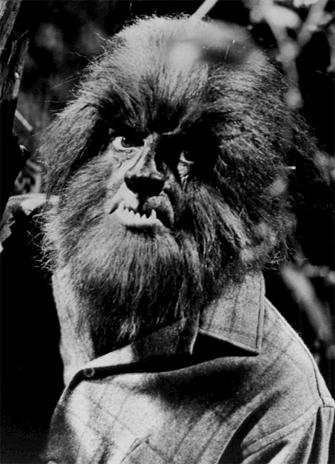 York University’s resident zombie hunters are at it again, but this time they’re taking aim at werewolves.

In 2014, Faculty of Science Professors Jane Heffernan, a mathematician, and Derek Wilson, a chemist, solidified their preternatural prowess when they investigated humankind’s probability of surviving a zombie apocalypse. Their groundbreaking research – dedicated to saving humanity – was published in a chapter titled “The Undead: A Plague on Mankind or a Powerful New Tool for Epidemiological Research,” part of the bestselling book The Mathematical Modelling of Zombies (required reading for all zombie hunters).

Picking up where they left off, Heffernan and Wilson are turning their considerable knowledge of the undead and disease modelling to explore of chronic infections caused by viruses such as herpes and HIV as a way to develop a model for controlling werewolves. They are preparing their research for a new book that explores mathematical modelling using the undead, vampires and werewolves.

Particularly dangerous, especially to the remaining humans who survived the zombie apocalypse, these shape-shifting, man-wolves are creatures gifted with unusual speed, highly developed senses, enormous strength and lightning-fast reflexes. Efficient killers, their bite can also spread the virus to humans.

“The problem that we have is that we suspect that individuals in our small community of survivors are indeed werewolves,” she says.

In particular, Heffernan and Wilson are concerned about Bob, a member of the community who is a bit wolfish of late.

“We are concerned about Bob who is looking particularly hairy,” said Wilson. “In the chapter [for the new book], we repeatedly mention Bob and how he could potentially transform into a werewolf at any moment. Bob is a member of the community of humans holed up a fort [an area impervious to the zombies that still roam the earth], so the situation is complicated.”

Heffernan explains their approach. “Instead of using an epidemiological model that explores the spread of werewolves, we are more interested in controlling whether we have werewolves in the community,” she says. “Werewolves are human most of the time and so what we want to do is see if we can model the shape-shifting of the werewolf on the full moon in order to control it.”

They created an in-host model that is based the cells of the body and explored ways to introduce a drug based on the herb wolf’s bane that has been proven effective in controlling the transformation. “Happily, there is an entire plot of wolf’s bane growing on the hill near the compound where the last of humanity is living. We need to harvest the plants and develop a potion to administer to the humans who are suspected of being werewolves,” says Heffernan.

“We also need to learn how to administer wolf’s bane to community members who are not suspected of being werewolves, as some sort of pre-exposure prophylaxis,” says Wilson. “As wolf’s bane is very toxic, we have to be careful because one of the most serious side effects is death. Others include random bleeding, nausea, vomiting and heart issues.”

Heffernan and Wilson looked at werewolf shape-shifting from two angles: the traditional werewolf shape-shifting on the full moon; and the model of werewolves who could change their shape whenever they want to shift, like those described in the series Twilight. The pair based their research on popular culture, including the Harry Potter books and movies such as An American Werewolf in Paris, Teen Wolf, The Howling and Ginger Snaps. As part of their study, they used the books and movies as the basis for the “history” of werewolves. Wilson acted as the project’s “historian” and reviewed all of the material in great depth.

“Our goal was to control the werewolves in our community but there is also a need to protect the survivors of the zombie apocalypse from the werewolves outside our compound,” says Wilson. “So if we think there is going to be an attack at the full moon, we can withdraw wolf’s bane from those suspected of being a werewolf, which will allow them to become werewolves. We can put them outside the compound walls and use them to protect the community.”

In host models with herpes, there are periodic outbreaks. The same holds true for HIV, explains Heffernan. “Someone who is chronically infected with HIV will have these viral ‘blips’ that are transient viral increases,” says Heffernan.

“We used a preexisting model of periodic outbreaks or blips of HIV and we determined a parameter set for this in-host model that would give us a periodic outbreak every 30 days on the full moon,” explains Heffernan.

“Using the model, we now understand when the periods are about to happen and can control them better with therapy,” says Wilson. “The model helps us administer wolf’s bane properly, but also to allow the individuals to become werewolves at certain times, which is a bit like a structured treatment interruption used in treating HIV.”

And what about Bob?

“We would treat him with wolf’s bane and observe him in order to see if there is a transition when the treatment is interrupted,” says Wilson. “If there is, we have a secure isolation room that will keep him secure and safe.”