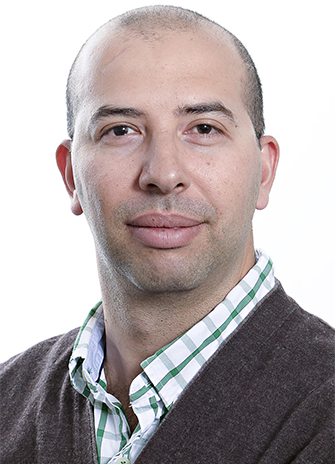 Canada’s honeybees, imported mostly from warm southern climes, are dying in the Canadian cold. About a quarter of the colonies die each winter, forcing beekeepers to bring in more from the United States, increasing the risk of importing aggressive “killer” bees or new diseases.

Bee genomics expert Amro Zayed, a biology professor and researcher in the Faculty of Science at York University, and Leonard Foster, a professor of biochemistry and molecular biology at the University of British Columbia, are leading a project to protect Canada’s honeybees by developing a winter-hardy, disease-resistant breed. Their project has been awarded $7.3 million in joint government-industry funding.

“It is very clear that we have to develop innovative solutions for bee health because bee declines will have serious consequences for Canada’s economy and food security,” said Zayed.

Honeybees produce 75 million pounds of honey each year and are responsible for pollinating many fruits and vegetable crops, nuts and oil seeds like canola. Through these activities, they contribute more than $4.6 billion to the Canadian economy each year. The health of honeybees in Canada has been declining, with many beekeepers reporting high annual losses over the past decade.

The research team will take a state-of-the-art tool for studying human health and apply it to honeybees. “Our group has recently shown that you can predict the behaviour of specific colonies by knowing their genetics. We no longer have to spend a lot of time and effort observing colonies to determine if they are going to be healthy or not,” said Zayed.

As this will not eliminate the need to import bees from other regions, the team will also develop an accurate and cost-effective test to detect bees with Africanized genetics. This new test will improve on an earlier version developed jointly by Zayed’s team and researchers from the University of Sydney (see the April 23 YFile story). By the end of the project, the research team will ensure the new tools are implemented and accessible to beekeepers.

The project is expected to provide measurable economic benefits to Canada, including to beekeepers and the agri-food industry, from $8 million to $150 million per year.

The research, led by Genome BC and Ontario Genomics, will serve as a road map for improving honeybee health across the globe. The project is being funded through Genome Canada’s 2014 Large-Scale Applied Research Project Competition: Genomics and Feeding the Future. Other funding partners include Genome Alberta, Genome Quebec, the University of British Columbia, the BC Ministry of Agriculture and the BC Honey Producers Association.