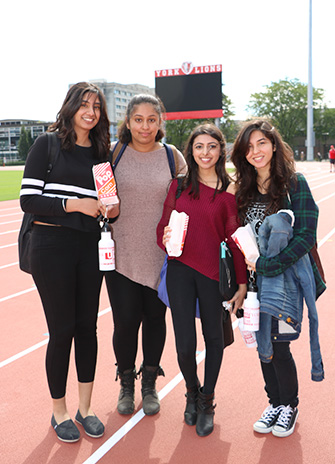 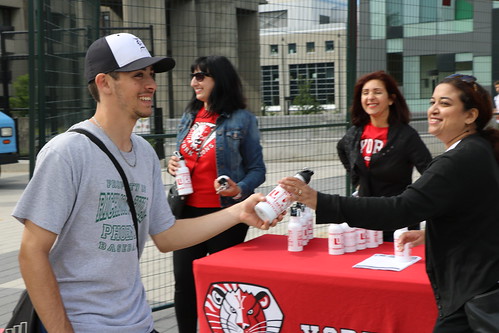 Pan.de.mo.ni.um, organized by The Harriet Lewis FUNd committee in partnership with York University Athletics & Recreation, invited faculty, staff, students, retirees and alumni to a celebratory event marking the official transfer of the stadium to York University.

From 11:30am to 1:30pm, visitors took advantage of opportunity to participate in athletic events such as the 100-metre sprint and the long jump, or walking/running the track at their leisure.

Music in the stadium set a backdrop for a celebratory mood, and visitors enjoyed having photos taken with the York Mascots, indulging in free popcorn and watching an on-the-ground performance by Samba Squad. The first 100 visitors were also treated to a free gift of a York University water bottle.

The York Lions Stadium is a multimillion dollar Tier 1 Track & Field facility that is a legacy of the Toronto 2015 Pan Am/Parapan Am Games.