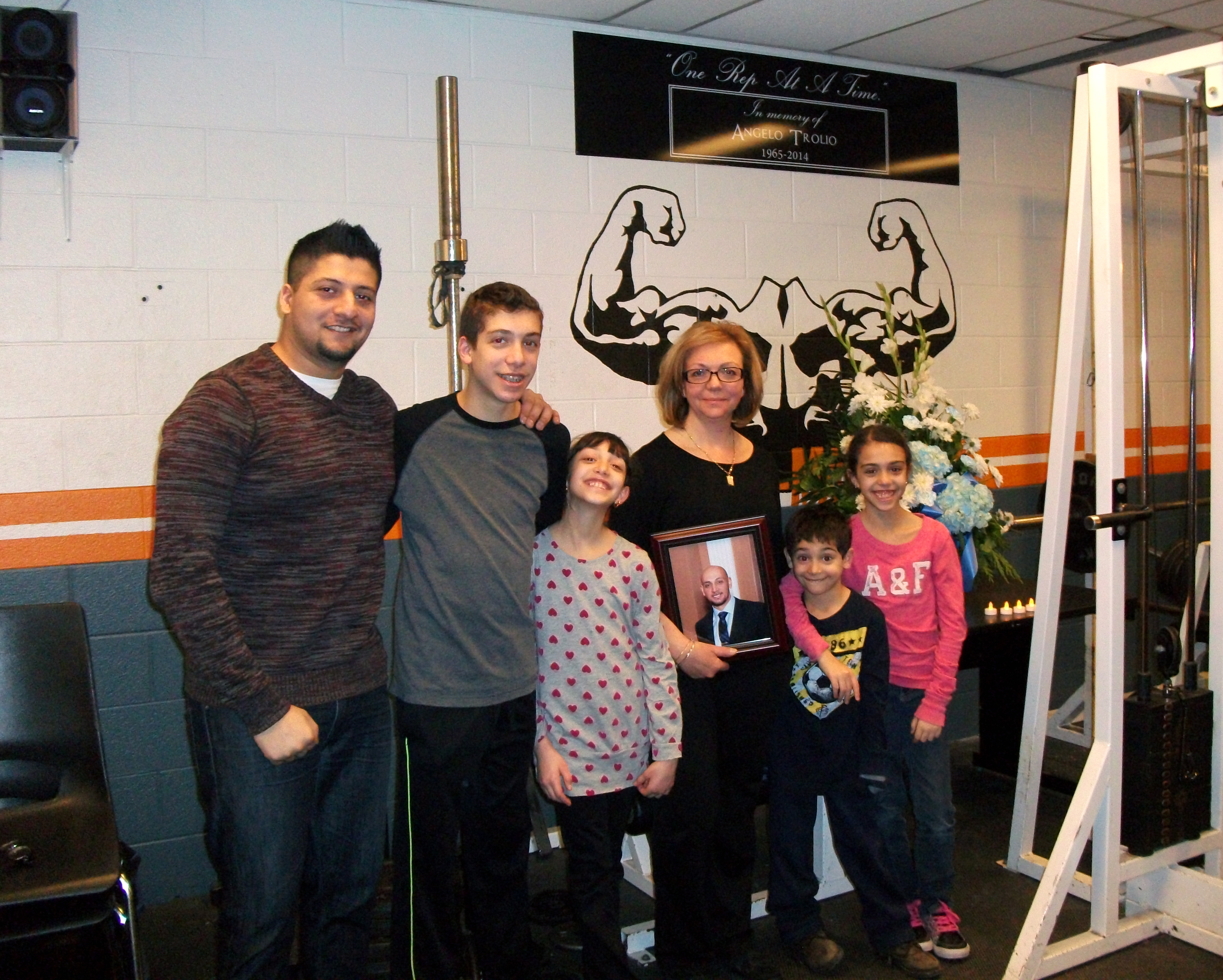 On Sunday, Jan. 11, on the seven month anniversary of his death, the Dynamacs gym overflowed with Mr. Trolio’s family and friends. They found room between barbells and treadmills to witness the unveiling of a banner in his memory.

Led by Siraat Mustafa, former President of McLaughlin College Students’ Council, the York University students chose to honour Mr. Trolio in Dynamacs because he frequently used the gym to train. It was also a place where he made friends with York students and faculty members.

The banner, designed by York students Jeff Thammavongsa and Mark Pettifer, includes the words “One Rep at a Time,” one of Mr. Trolio’s favourite sayings that inspired his friends at Dynamacs. Many recalled how he encouraged students to never give up on any goal they chose to set, especially when it came to fitness and personal self-development.

Before revealing the banner, students shared stories of their time with Mr. Trolio and recalled his generosity, wisdom and humour. They described him as being “a brother, motivator and confidant.” A moment of silence was also held to honour his memory before the banner was revealed.

Mr. Trolio was remembered as a family man, which was evident the day of the memorial. The tiny gym held his four children, wife, parents and extended family.

While future students who work out at Dynamacs will not get the chance to meet Mr. Trolio, they will be able to share the strength and inspiration of his motivational words, “One rep at a time.”
York U community members are invited to drop by the gym, which is located at 018 McLaughlin College.