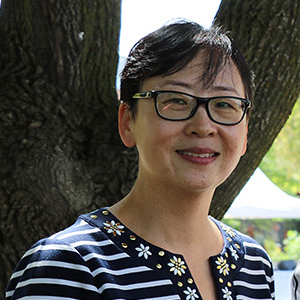 YFile asks the University’s community of changemakers to reflect on the past and consider the future.

Starting Sept. 9 and continuing throughout the publication’s anniversary year, YFile will ask University community members to reflect on York’s past and consider the future, specifically their thoughts on the continued evolution of York University. Weiling Li, director of internal audit, considers the changes she has witnessed since joining York University in 2006.

How long have you been with York University and what has been the most striking change to the campus in that time?

I have been at York since 2006 and have enjoyed all my time. I have witnessed many significant changes over the years, so it’s hard to choose but if I had to it would be between the following:

What is your vision for York University looking ahead 20 years from now?

I see an entire community working together to support the priorities of York University and making a meaningful impact on the local community while continuing to be a world-class institution of learning.