The Sloan Digital Sky Survey’s (SDSS) fifth generation collected its very first observations of the cosmos at 1:47 a.m. on Oct. 24. As the world's first all-sky time-domain spectroscopic survey, SDSS-V will provide groundbreaking insight into the formation and evolution of galaxies – like our own Milky Way – and the supermassive black holes that lurk at their centres.

The SDSS, an international consortium that includes York University as an associate member, just launched the fifth-generation survey to continue the path-breaking tradition set by previous surveys. The survey has a focus on the ever-changing night sky and the physical processes that drive these changes, from flickers and flares of supermassive black holes to the back-and-forth shifts of stars being orbited by distant worlds. SDSS-V will provide the spectroscopic backbone needed to achieve the full science potential of satellites like NASA’s TESS, ESA’s Gaia, and the latest all-sky X-ray mission, eROSITA. 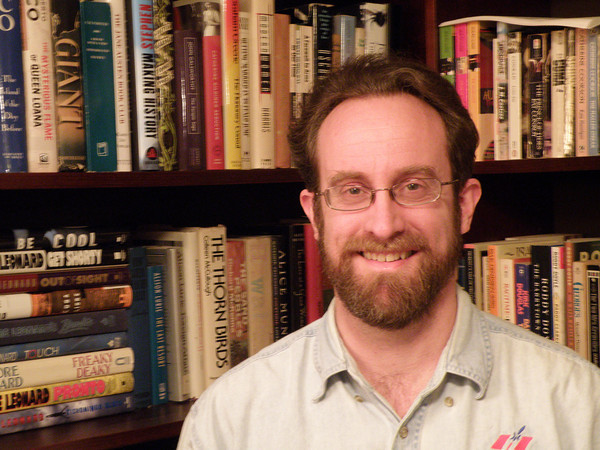 "My colleagues and I on the 'Black Hole Mapper' team seek to understand how the matter swirling around supermassive black holes is organized,” says York University Professor Patrick Hall of the Faculty of Science. Hall is part of the SDSS-V team. “These black holes can have dramatic effects on their surrounding galaxies, so they are part of the puzzle of understanding how our current Universe of galaxies came to be."

The SDSS has always relied heavily on phone and digital communication. Adapting to exclusively virtual communication tactics due to the COVID-19 pandemic was a challenge, as was tracking global supply chains and laboratory availability at various university partners while they shifted in and out of lockdown during the final ramp-up to the survey’s start. Particularly inspiring were the project's expert observing staff, who worked through an even greater than usual isolation to shut down, and then reopen the survey's mountain-top observatories.

“In a year when humanity has been challenged across the globe, I am so proud of the worldwide SDSS team for demonstrating – every day – the very best of human creativity, ingenuity, improvisation and resilience. It has been a challenging period for the team, but I’m happy to say that the pandemic may have slowed us, but it has not stopped us,” says SDSS-V Director Juna Kollmeier.

The Sloan Digital Sky Survey’s fifth generation made its first observations earlier this month. This image shows a sampling of data from those first SDSS-V data. The central sky image is a single field of SDSS-V observations. The purple circle indicates the telescope’s field-of-view on the sky, with the full Moon shown as a size comparison. SDSS-V simultaneously observes 500 targets at a time within a circle of this size. The left panel shows the optical-light spectrum of a quasar – a supermassive black hole at the center of a distant galaxy, which is surrounded by a disk of hot, glowing gas. The purple blob is an SDSS image of the light from this disk, which in this dataset spans about 1 arcsecond on the sky, or the width of a human hair as seen from about 21 meters (63 feet) away. The right panel shows the image and spectrum of a white dwarf – the left-behind core of a low-mass star (like the Sun) after the end of its life. Image Credit: Hector Ibarra Medel, Jon Trump, Yue Shen, Gail Zasowski, and the SDSS-V Collaboration. Central background image: unWISE / NASA/JPL-Caltech / D.Lang (Perimeter Institute)

Funded primarily by member institutions, along with grants from the Alfred P. Sloan Foundation, the U.S. National Science Foundation, and the Heising-Simons Foundation, SDSS-V will focus on three primary areas of investigation, each exploring different aspects of the cosmos using different spectroscopic tools. Together these three project pillars – called “Mappers” – will observe more than six million objects in the sky, and monitor changes in more than a million of those objects over time.

The survey’s Local Volume Mapper will enhance our understanding of galaxy formation and evolution by probing the interactions between the stars that make up galaxies and the interstellar gas and dust that is dispersed between them. The Milky Way Mapper will reveal the physics of stars in our Milky Way, the diverse architectures of its star and planetary systems, and the chemical enrichment of our galaxy since the early universe. The Black Hole Mapper will measure masses and growth over cosmic time of the supermassive black holes that reside in the hearts of galaxies as well as the smaller black holes left behind when stars die.

"I've been affiliated with the SDSS since 2000 and my career of studying supermassive black holes began with SDSS data,” says Hall. “Now that York has secured a full membership for my research group, undergraduate and graduate students at York can join me in studying SDSS observations as soon as they arrive from the telescope."

The Black Hole Mapper was one of the first of the three Mappers to gather data.

“These early observations are already important for a wide range of science goals,” says SDSS-V Spokesperson Gail Zasowski of the University of Utah. “Even these first targets cover goals from mapping the inner regions of supermassive black holes and searching for exotic multiple-black hole systems, to studying nearby stars and their dead cores, to tracing the chemistry of potential planet-hosting stars across the Milky Way.”

SDSS-V will operate out of both Apache Point Observatory in New Mexico, home of the survey’s original 2.5-meter telescope, and Carnegie’s Las Campanas Observatory in Chile, where it uses the 2.5-meter du Pont telescope.

SDSS-V's first observations were gathered in New Mexico with existing SDSS instruments, as a necessary change of plans due to the pandemic. As laboratories and workshops around the world navigate safe reopening, SDSS-V's own suite of new innovative hardware is on the horizon – in particular, systems of automated robots to aim the fiber optic cables used to collect the light from the night sky. These will be installed at both observatories over the next year. New spectrographs and telescopes are also being constructed to enable the Local Volume Mapper observations.

“I was only a few years out of graduate school when I began work with the SDSS,” says Hall. “Now I'm Chair of the Department of Physics and Astronomy, but I'm just as excited about this survey as I was 20 years ago. I look forward to many more years of learning about our Galaxy and the Universe with the Sloan Digital Sky Survey.”