Meet the student recipients of the 2020 Alumni Awards and Scholarships

The York University Alumni Board has recognized four distinguished York students for their academic excellence and student leadership.

The Alumni Awards and Scholarships started in 2009 and are adjudicated by the York University Alumni Board every year. Awards include the Harry Arthurs Alumni Families Scholarship, the Golden GRADitude Award and the Silver Jubilee Award.

This scholarship is awarded each year to the child, sibling or grandchild of a graduate holding a York University degree. Applicants must be seeking admission into the first year of undergraduate study, have a minimum admission average of 90 per cent and have a demonstrated record of participation and leadership in extracurricular student life. This award is renewable in years two, three and four of undergraduate study provided the recipient maintains a minimum grade point average of 7.8. 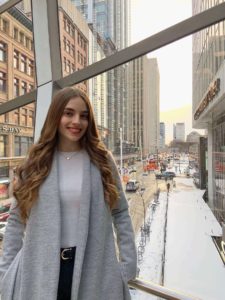 This year's recipient is Olivia Beltrano (BBA candidate ’24), whose parents and brother are alumni, and sister is a current fourth-year student at the Schulich School of Business.

This fall, Beltrano will follow in her family’s footsteps when she joins the Bachelor of Business Administration undergraduate program at Schulich. Her ambition to study at Canada’s number-one business school began when she was a student in elementary school.

As a high school student, Beltrano achieved a 95 per cent average. She demonstrated leadership and teamwork through her involvement in many extracurricular activities. A proficient skater with a passion for sports, she played house league ice hockey for the North York Storm for nine years while working as a skating instructor for children aged three to 10 years old. Beltrano has also volunteered as a leisure buddy at the Vaughan Summer Camps.

Beltrano says she looks forward to exploring the many extracurricular options that York has to offer when campus reopens in the future. “I have an interest in marketing and hope to combine my skills, qualities and experiences to create a successful career path.”

Established by the Alumni Office and the York University Alumni Association in honour of York's 50th anniversary, this award expresses the University's gratitude to a graduating student who has made the University a better place during his/her time at York. This award is granted to graduating students who have demonstrated significant leadership in campus life, including but not limited to: student clubs, varsity athletics, residence life, student government, academics and research, SC&LD activities and building bridges between York students and alumni.

This year, there are two recipients of this award. 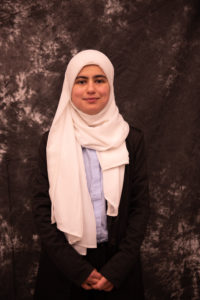 Khadeja Elsibai (BPA ’20) is a public administration and French studies student. She is credited as a key ambassador for Francophone culture during her time at York. She was instrumental in the creation of an official French Studies Student Organization, the Association des Étudiants Francophones et Francophiles de York (AEFFY), which offers academic-orientated and socio-cultural programming in French for students interested in the language and Francophone culture. This achievement is impressive; a French students’ organization hasn’t existed at the Keele campus in 15 years.

Elsibai has inspired and motivated her peers through various leadership roles on campus. Among other volunteer commitments, she was a Founders College peer academic leader where she supported students with their transition to university studies and led orientation for 600 new students.

Elisbai graduates from her undergraduate program this summer and will be returning to York in the fall to complete a master of public policy, administration and law, with an interest in building a career in government. Last summer, she landed an internship at a government office, where she continues to work.

“I think government is probably the most complex organization to work in because you’re balancing so many interests while delivering public services and supporting citizens. It’s rewarding,” she said. 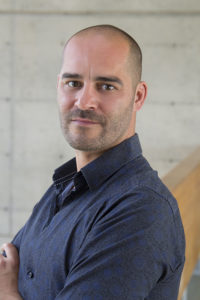 In York’s Department of Equity Studies, Morrison has embraced a safe space to work and study in, and has discovered a natural affinity for academia.

“My research interests completely lie in cultural, ceremonial and language revitalization and reclamation as a means of healing,” said Morrison.

Morrison is also a creative; in his first year at York, he wrote a 40-page play, titled New Woman Standing, in response to an essay assignment about the trauma that residential schools have inflicted and the resilience within Indigenous communities. The play won the President’s Creative Writing Awards competition in the Stage Play category and has been published in Residential School Magazine.

Morrison’s contribution to the Indigenous community at York extends to governance, research and mentoring. He served twice on the Aboriginal Students' Association at York, as an officer and as president. He has completed multiple research projects supporting urban Indigenous people and has mentored Indigenous younger students throughout his time at York.

Morrison plans to complete a masters in interdisciplinary studies at York in the fall, followed by a PhD.

Of this award, Morrison said: “I appreciate being considered for future awards and I continue to fight for justice, through my strengths: academia and volunteerism, and being unapologetically Indigenous.”

This scholarship is awarded to an undergraduate student who have completed a minimum of 10 full courses (or equivalent) at York University with a minimum cumulative grade point average of 6.00 (B). Applicants must also demonstrate one or more of the following: York University or other community leadership, participation in extracurricular student life, volunteer services, achievements in athletics or the arts or any other significant endeavours.

Aly Fawzy (BSc ’20) is this year's recipient. He is a fourth-year kinesiology and health science student driven by a desire to understand the human body and its capabilities, a journey which began during his time in high school.

The Kinesiology and Health Science program at York, ranked first in Canada and ninth in the world, has enabled Fawzy to pursue his passion for research. He has served as vice-president at York’s Canadian Association for Research in Regenerative Medicine, and he was the recipient of a prestigious grant awarded by the Natural Sciences and Engineering Council of Canada (NSERC).

“There’s lots of excellent researchers in the Kinesiology and Health Science department. I have been involved in research to do with vascular disease at York and I hope I can continue that in the future,” he said.

This summer, Fawzy will be graduating and looking to pursue a medical degree and career as a physician.

In addition to his academic success, Fawzy is a leader in the York community. Whether he is representing the President’s Office as a president’s ambassador or leading a group of 500 first-year kinesiology students as an orientation day leader, he operates as a role model making a difference.

“I am appreciative of York’s Alumni Board for recognizing my extra-curricular activity, and granting me a very generous award, which will help me to finance the tuition and equipment I might need," he said.