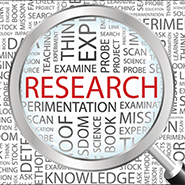 Richard Saunders, an associate professor in the Department of Politics at York University, has been awarded Partnership Development Grant funding from the Social Science Humanities Research Council of Canada (SSHRC) to support his new project exploring innovations in resource nationalism policymaking in Southern Africa.

Much of the current scholarly literature and business commentary on resource nationalism, which refers to claims and efforts made by states to gain maximum local benefit from the regulation of access to natural resources, focuses on national-level conflict between governments and large-scale foreign miners.

Saunders’ new project – which first began to take shape at a SSHRC Connection Grant-funded workshop held in Zimbabwe two years ago – widens the scope of investigation to include local businesses, labour and community groups and the realm of competitive party politics, in understanding the dynamics of resource nationalism policymaking and outcomes.

By working with research organizations in Canada, as well as Tanzania, Zambia and Zimbabwe, Saunders will investigate innovations in the use of discretionary policies pertaining to those African nations’ mining policies.

Drawing on the diverse backgrounds of the project’s researchers and their advocacy links to regional stakeholder networks, the goal is to unify new evidence, information and perspectives typically excluded from the domestic policy discussions in each country.

According to Saunders, mineral-rich African countries have experienced successive waves of resource nationalism, with the first wave, characterized by seizing control of major mining assets through nationalization of foreign-owned operations, occurring early in the post-independence period of the 1960s and 1970s.

Saunders said that a new form of resource nationalism has emerged over the past decade as international mineral markets have experienced a resurgence and demands have risen for the strengthening of local benefits from rising mining profits.

“Resource nationalism has seen a resurgence in Africa and other mineral-rich parts of the Global South in recent years, but our understanding of what it has achieved has lagged behind the pace of policy reform,” Saunders said.

“We need to know more about what benefits resource nationalism has produced in practice; for example, higher tax revenues from mining, skills and ownership transfer to local citizens, strengthened employment or the nurturing of secondary industries.”

“We also need a better understanding of how popular demands for improved outcomes are most effectively translated into productive and sustainable policymaking,” Saunders continued.

With his team of project collaborators, Saunders’ study will gather comparative research on a wide range of experiences connected to recent policy transformations – such as amending taxation measures and increasing reliance on local supply chains – in the three African nations. Development consequences, local benefits, responses from international mining companies and other dynamics impacted by these changes will be examined to paint a clearer picture of the controversial subject resting in the heart of many socioeconomic debates.

“It’s very gratifying to be awarded this Partnership Development Grant because it both recognizes the value of previous collaborative research with my partners in Canada and the three African countries involved and allows our network of researchers to take our joint work to a new level,” Saunders explained.

“Building partnerships across borders takes time and resources, and the Partnership Development Grant funding helps us to address these challenges.”

The grant, valued at $198,943, will be used to cover costs of this study as it directly contributes to the building of new research partnerships over the next three years. Although the study is currently delayed due to travel restrictions, the funding will help to facilitate transportation, meetings and knowledge mobilization once safe to do so.