Which is the greater disaster? Is it threat of typhoons, volcanoes or floods? Or is it the human tragedies for those living in regions of the world prone to repeated natural disasters? 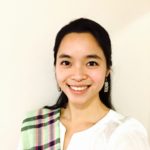 York Centre for Asian Research (YCAR) graduate associate (Department of Geography) Chaya Ocampo Go’s doctoral research project focuses on the political ecology of disaster response in the Philippines. She argues that “while the Philippines ranks most vulnerable to the spectacular crises of disasters and climate change, slow, chronic and silent forms of violence experienced by marginalized communities do not define disasters in the country today.”

Her work looks at the politics of community-based disaster management in three communities, or barangays, in the Southeast Asian nation. She created a short documentary series – Barangay Magiting (Village Heroes) – that focuses on the three case studies that she is using in her for her dissertation. The sites range from the Philippine capital of Manila, to the farming municipality of Santa Cruz in Zambales (both on the northern island of Luzon), to the fishing community of Medellin on the island of Cebu. These videos focus on how disaster management is practiced by civil society organizations and grassroots women leaders.

"From the lived experiences of an urban poor community, a farming village and an island of fisherfolk, each video asks: What is a disaster? And how do women grassroots leaders serve as front line responders in their own communities? The videos served as a creative experiment for my research team and I to shift our representation of disasters and disaster response away from media’s fast-paced and short-lived coverage, to the slower rhythms of daily emergencies and people’s quiet efforts to transform them. We intend for the videos to serve as a means of engaging a wider non-academic public on the topic and to advocate for radical possibilities for de-naturalizing and re-politicizing disaster response."

Ocampo Go and members of her research team – Grace Pimentel Simbulan and Relyn Angkuan Tan – created the videos during the former’s fieldwork period (September 2018 to March 2019). To see the videos, visit:

Ocampo Go’s research is supported by the Vivenne Poy Asian Research Award at YCAR and a Doctoral Research Award from the International Development Research Centre.