McLaughlin College invites the York University community to come and listen to interesting speakers as they share their knowledge on a variety of topics, and enjoy a free lunch during the popular Lunch Talks Series. The long-running series continues through February with more events on the calendar.

Feb. 25 – The SNC-Lavalin Affair: A Canadian Scandal in Global Perspective

Presented by Ellen Gutterman, this event will examine how the SNC-Lavalin affair erupted in a firestorm of political controversy in Canada in February 2019, when former Attorney General Jody Wilson-Raybould accused Prime Minister Justin Trudeau and his close advisers of pressuring her to allow the Quebec-based global engineering giant to negotiate a deferred prosecution agreement, rather than face trial on charges it paid bribes to win lucrative contracts in Libya.

Looking back on the scandal one year later, the talk will analyse this dramatic episode in Canadian politics against the backdrop of Canada’s international legal obligations to control transnational bribery. These obligations stem from Canada’s multilateral commitments in the global governance of corruption.

The talk will highlight the attempt to use a deferred prosecution agreement in this case, as: an instance of international diffusion of legal practice from the United States; and, a legal strategy to avoid the political and financial costs of anti-corruption enforcement. It will conclude with some lessons from the SNC-Lavalin affair for the theory and practice of global governance, generally, and for Canadian foreign policy in the 21st century.

Gutterman is an associate professor in the Department of Political Science at Glendon College, York University. Her teaching and research interests are in the areas of international relations theory, international law, and global politics, with a specific interest in the global governance of transnational crime and corruption. Her research articles – on transnational advocacy, legitimacy, compliance, norms, extra-territorial enforcement, and other issues in the global governance of corruption – are published in such journals as Foreign Policy Analysis, Review of International Studies, Osgoode Hall Law Journal, British Journal of Politics and International Relations, Canadian Foreign Policy Journal, European Political Science and elsewhere.

This event is a panel presentation to Commemorate UN World Day of Social Justice, including panelists: 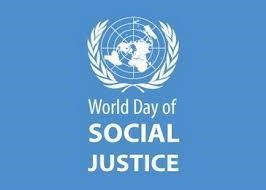 Barbara Jackman is an immigration lawyer who has specialized in the protection of the human rights of migrants and refugees, including arguing before the Supreme Court of Canada on test cases, such as Singh (1985) where the court recognized that the Charter of Rights and Freedoms applied to non-citizens, not just citizens. She has been recognized by a number of communities and Canada by being given an Order of Canada.

James Simeon will moderate the event. He is head of McLaughlin College and an associate professor in the School of Public Policy and Administration (SPPA), Faculty of Liberal Arts & Professional Studies, York University. He is a member-at-large of the Executive of the Canadian Association for Refugee and Forced Migration Studies (CARFMS) and a past President of CARFMS.

This event is co-sponsored by the Office of the College Head, McLaughlin College, Centre of Public Policy and Law, Centre for Refugee Studies and the Department of Sociology.

To see a previously published story on the Feb. 27 event, see this YFile story.