Two new events have been added to January’s “menu” for the popular McLaughlin College Lunch Talk Series. McLaughlin College invites the York University community to come and listen to interesting speakers as they share their knowledge on a variety of topics, and enjoy a free lunch. The long-running series begins its 2020 roster on Jan. 15. 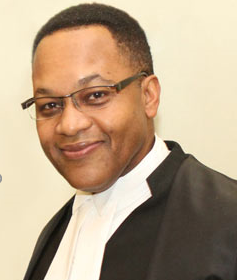 Prior to Tulloch’s judicial appointment in 2003, he served as an assistant crown attorney in Peel and Toronto from 1991-95 before entering private practice where he specialized in criminal law until his appointment to the bench. Tulloch holds degrees in economics and business from York University and graduated from Osgoode Hall Law School at York University with a law degree in 1989. He was called to the bar in Ontario in 1991 and he is the first Black judge appointed to the Ontario Court of Appeal. 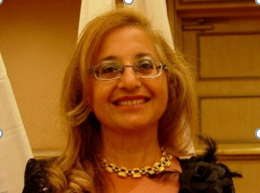 In 2003, UNESCO inscribed the city of Tel Aviv on its World Cultural Heritage list. The World Heritage Committee designated the so-called White City of Tel Aviv. an outstanding synthesis of the modern movement in early 20th century architecture, as a World Cultural Heritage site. The award celebrated the city as an formidable example of new city planning and architecture, namely the Bauhaus architectural style, which became Tel Aviv’s trademark. Soshana Elharar (MA ’14) will present a talk with focus on the Bauhaus architectural style in Tel Aviv and Jaffa and on the reasons why Tel Aviv was honoured by UNESCO.

Elharar is a PhD candidate working on research in the field of urbanization, writing about her hometown of Tel Aviv-Jaffa. She earned her BA in economics and business in 1975 and a master’s degree in philosophy in 2000 at Tel-Aviv University. Following a break from academic life, Elharar returned to her studies and completed masters in humanities at York University in 2014 and a graduate diploma in Jewish studies in 2016.