Glendon’s School of Public & International Affairs (GSPIA) will examine the influence of fake news and how to help Canadians identify misinformation in the media through its next event in the Glendon Global Debates (GGD) series.

“Fake News: Truth, Trust, Disinformation and Misinformation in Journalism” will take place on Oct. 10 from 7 to 9 p.m. in Glendon’s Centre of Excellence, Room A100. 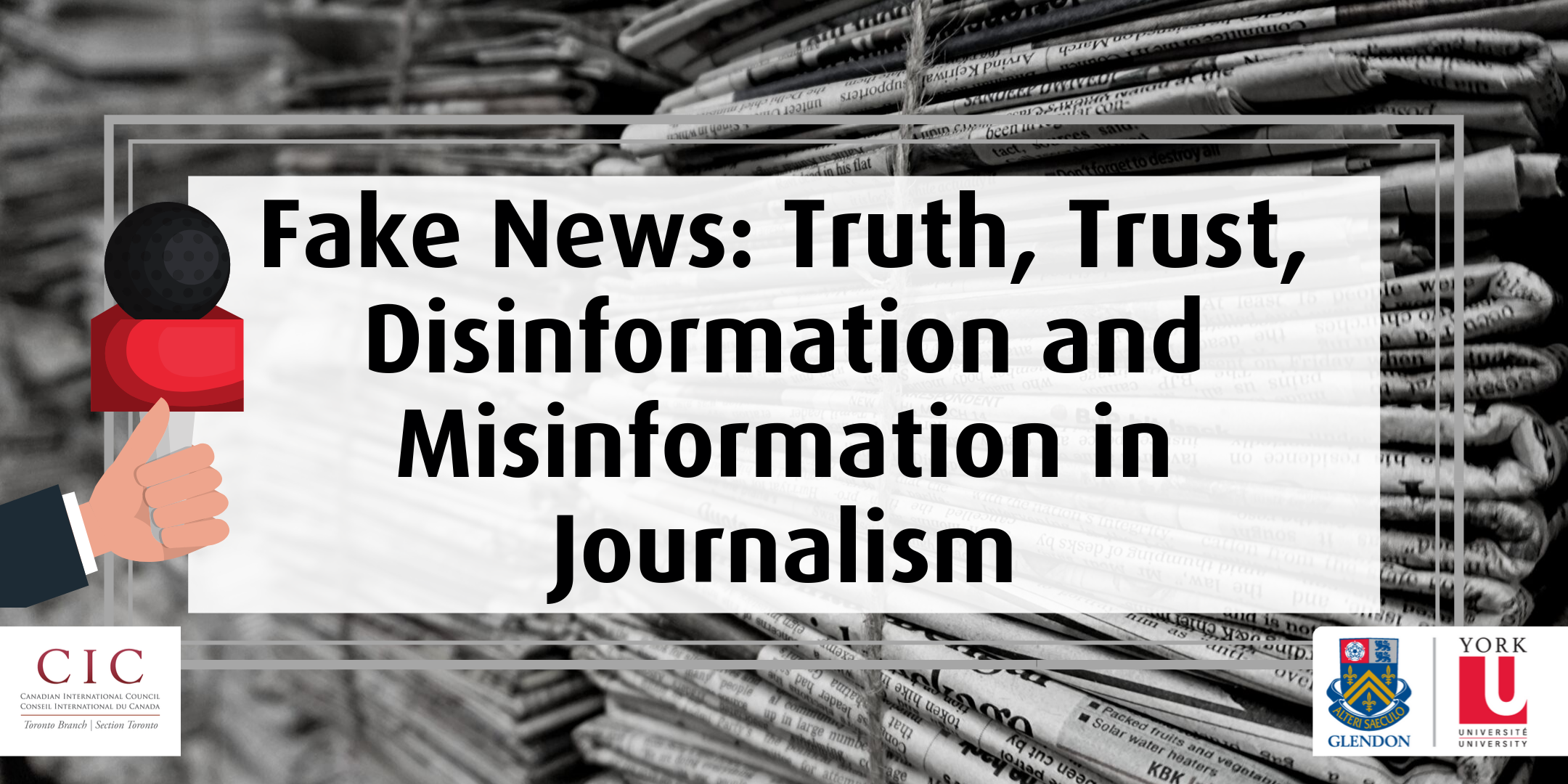 Fake news has become an ever-increasing detriment to civil political discourse globally and particularly in North American society. Citizens are saturated with misinformation, fringe groups are empowered to disseminate fallacious messages with a power disproportionate to their size and trust in traditional journalistic institutions has been eroded. Further, positive feedback loops have developed that reinforce all of these issues, creating a spiral of deterioration of the informed citizenry. “Alternative facts” are now disseminated from the highest political offices in the free world with little to no consequences.

Commonly, people are told to research before they post a story, to fact check before they click “share,” and to generally become savvier as to the nature of fake news. These are unrealistic expectations. Many lack the skills, resources, time or even motivation to perform this newly developing requirement. A clear need has manifested for a solution that allows the general public to have some means by which they can evaluate the validity of what they read as the news and information of the day. Academic papers are peer reviewed and businesses are graded; a way to judge news fact from news fiction is needed at least as much as these other similar solutions.

At the Glendon Global Debate, a panel of experts will reflect on the challenges facing the Canadian news scene and propose some solutions on how Canadians can be equipped to better evaluate the validity of what they read as the news and information of the day.

• Adrian Lee, editor for the Globe and Mail; and

The debate will be moderated by Diana Swain, television journalist with CBC.

Register for the event online.

This event will be in English and in French; there will be live interpretation for both languages.