A new book by York University Professor B.W. Powe explores the radical transformation of consciousness and sensibility through the advent of digital communications technologies. A poet and novelist who has been teaching in York’s Department of English since 1995, Powe released the book The Charge in the Global Membrane (Neo Poiesis Press, 2019) earlier this year and will celebrate its release with a launch on Oct. 2 at the Keele Campus.

The event will run from 4 to 6 p.m. at the York University Bookstore in York Lanes. 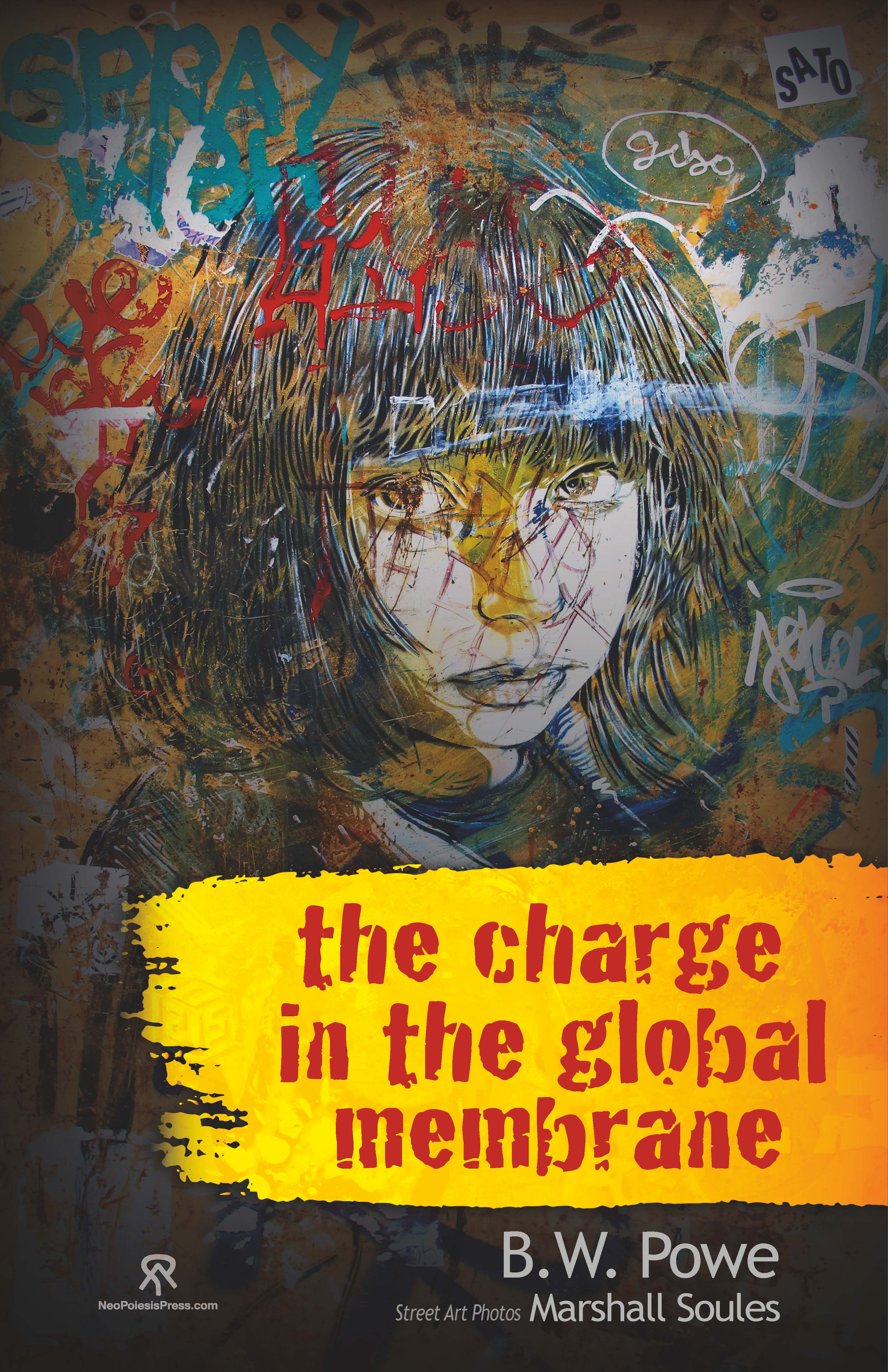 The book, which includes street art photos by Marshall Soules, uses poetry, journal entries, essays, memoir, aphorism, fragments, letters and meditative prose to explore the heightened conditions of emergent flux and speed, and of spiritual emergency. Responding to the transformations, this word-image work seeks the heartbeat inside the genesis overdrive of our present. It’s a book of pulses and intuitions, all of which record and reflect our deepening engulfment in manifesting generations of electricity. This book is about the charging of our time, and our charge for perceiving.

Robert K. Logan, an eminent physicist and a collaborator with Marshall McLuhan in his final works, commended Powe for his original perceptions in The Charge. Elena Lamberti at the University of Bologna said, “[This book] transcends the paper membrane and turns the act of reading into an empowering visionary experience.”

The global membrane is an evolutionary jump from the global village and global theatre into sensory, psychic alterations in which communications bring us at once closer and into sharp, painful divisions. It explores elements of what we all experience, including: ecology, the afflictions of the Trump phenomenon, the quick-time evolutions of the internet, the rush of data influx, the upsurges in nationalism, trolls and hackers, spiritual distress, crises of identity and A-literacy, #MeToo, the netgens, the search for silence and rest, the intimations of a worldwide linked consciousness, the transfiguration of digital experience into cellular intimacies and addictions, the work of Simone Weil, Bob Dylan and Joni Mitchell, the crying out of souls longing to grasp and express this dislocating jump drive and its illuminating hopes, and the shape-shifting artistic expressions of the current.

Powe’s influential writings on Marshall McLuhan, Northrop Frye and Pierre Trudeau have been widely praised, as have his poetry and novels, including Outage and These Shadows Remain, longlisted for the ReLit Prize. His work has been nominated for six awards through the Media Ecology Association. His new research has been into visionary and inspirational traditions, from Hildegard von Bingen, Rimbaud and Emily Dickinson to Patti Smith, Susan Howe and Anne Carson. This past year has seen his poetry and non-fiction published in HA&L (Hamilton Arts & Letters) and he has an e-book coming next year. Powe helped to found the McLuhan Initiative for the Study of Literacies at York University, and he served as program director of the Creative Writing program at York. He has written regularly for the Globe and Mail and the Toronto Star, and has been featured in the Times Literary Supplement, the New York Times and on CBC and Bravo TV.