York University’s Canadian Writers in Person Lecture Series will come to a close for the 2018-19 season with author David Chariandy as the final guest on March 19. 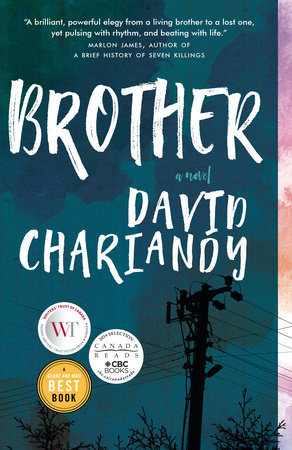 Chariandy will read from his novel Brother, winner of the 2017 Rogers Writers’ Trust Fiction Prize. It is his second novel, and has been included on several Best Book of 2017 lists.

The book is an exploration of masculinity, family and identity, following the lives of Michael and Francis, the sons of Trinidadian immigrants. Set in Scarborough, Ont., where they live in a housing complex, the story unfolds during the summer of 1991 amidst sweltering heat and simmering violence.

The brothers’ father has disappeared and their mother works double, sometimes triple shifts, and the boys find their way through prejudices in the disparaged outskirts of a sprawling city.

Chariandy grew up in Toronto and now lives and teaches in Vancouver. Before Brothers, he released his debut novel Soucouyant, which received recognition from 11 literary awards juries.

All readings in the Canadian Writers in Person series are held on Tuesdays from 7 to 10 p.m. in 206 Accolade West Building.

For more information on the series, visit the event website.