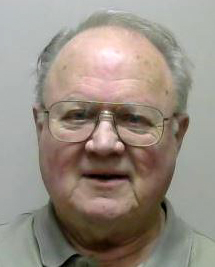 Fred C. Ash was a long-serving member of staff in Campus Services & Business Operations at York University. He died on Feb. 27 at the Southlake Regional Health Centre.

A dedicated and admired manager, Ash worked at York University as the manager of furnishing and space planning from Oct. 17, 1966 to July 1, 1994, when he took early retirement. Colleagues at York University remember him as a kind and efficient manager, and a friend to his co-workers. He was 83 years old when he died. His wife, Marlene, was by his side at the time of his death. In addition to his wife, Ash is survived by his son, Frederick, and his son’s wife, Mari. He was a devoted grandfather to Leo and Anja.

He will be greatly missed by his family, a large group of close friends and his co-workers at York University. A celebration of Ash’s life will be held on Sunday, March 10 from 1 to 4 p.m. in the dining hall at St. Andrew’s College, 15800 Yonge St., Aurora, Ont. All are welcome. In lieu of flowers, the family requests that donations be made to the Heart & Stroke Foundation or the St. Andrew’s College Foundation Scholarship Fund.