A stack of books

York University’s Canadian Writers in Person Lecture Series will feature author Kim Fu on March 5, who will read from her second novel, The Lost Girls of Camp Forevermore. 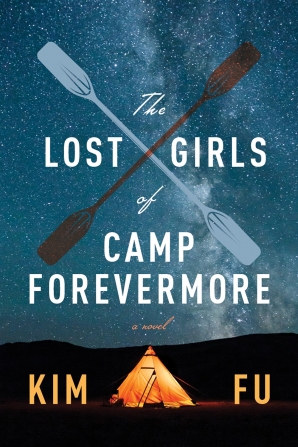 Fu is an author and poet. She wrote the poetry collection How Festive the Ambulance as well as the two novels For Today I Am a Boy and The Lost Girls of Camp Forevermore.

For Today I Am a Boy was the recipient of the Edmund White Award For Debut Fiction and the Canadian Authors Emerging Writer Award, it was a finalist for the PEN/Hemingway Award and a Lambda Literary Award, and it was a New York Times Book Review Editors’ Choice pick. The novel was also longlisted for CBC’s Canada Reads.

Fu has published essays, articles and reviews in several publications, including the New York Times, the Times Literary Supplement and The Atlantic. She is the associate editor of Maisonneuve.

Her second novel, The Lost Girls of Camp Forevermore, tells a gripping story about a group of young girls at a remote camp and the one night that will change their lives. It follows the journey of five girls at sleep-away camp and a kayaking trip that takes an unexpected turn, and the fallout from that event.

It traverses through themes of success and failures, love and heartbreak, and how a tragedy can alter the lives it touches in innumerable ways.

All readings in the Canadian Writers in Person series are held on Tuesdays from 7 to 10 p.m. in 206 Accolade West Building.

The series continues with:

For more information on the series, visit the event website.