The event, which ran Sept. 8 to 10, took place at the Markham Civic Centre. A Canada 150 celebration, it showcased Markham’s rich diversity, its history, sports, arts and culture, agriculture, and the future of the city, including the arrival of the new York University Markham Centre campus. The expo attracted people of all ages from around York Region and the Greater Toronto Area (GTA). 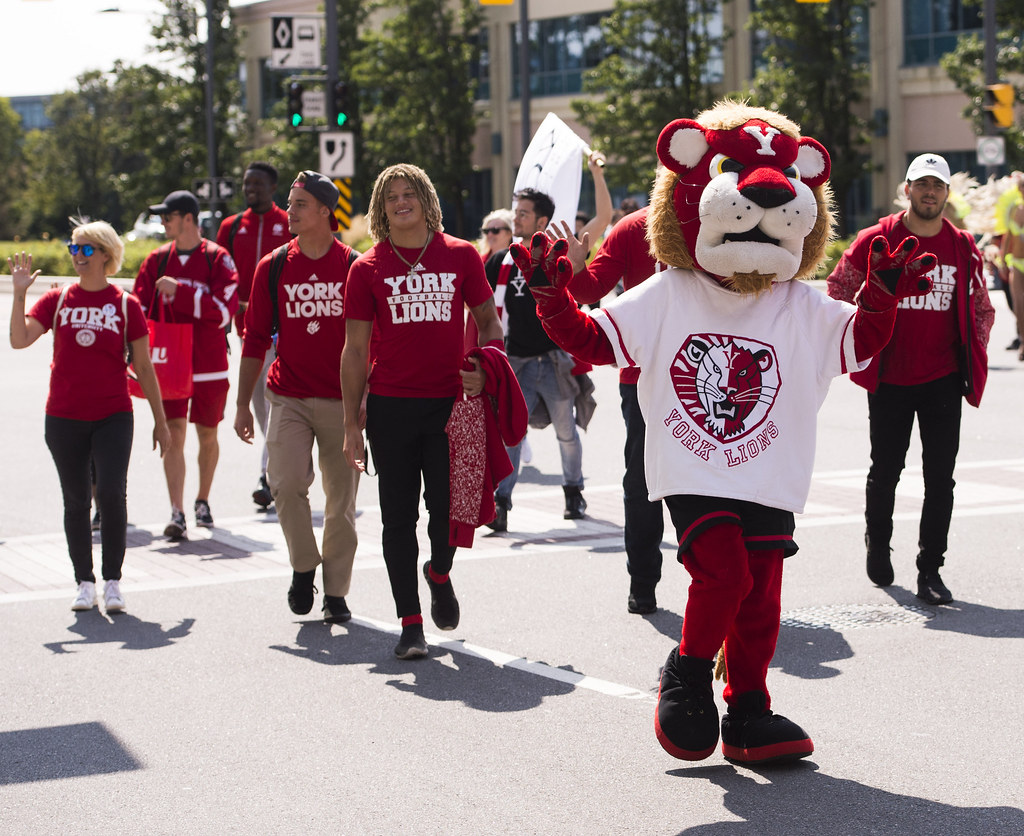 The parade began at noon and ran until 12:45pm. Varsity athletes and the mascots accompanied the president in the parade, which began just south of the Markham Civic Centre at Clegg Road and ended at the Flato Theatre. Lenton and the students were resplendent in red and white York gear as they marched in the parade.

York University also hosted an information booth highlighting its presence in the city and its forthcoming Markham Centre campus. Recruitment staff spoke to interested visitors about the University, its programs and community.

Faculty of Science student volunteers in the Science Engagement program presented an array of fascinating experiments, which drew a crowd of interested visitors to their booth in the Kid Zone.

The day culminated with a concert featuring the Barenaked Ladies, Tyler Shaw and Jessica Mitchell and the biggest fireworks display in the history of Markham.