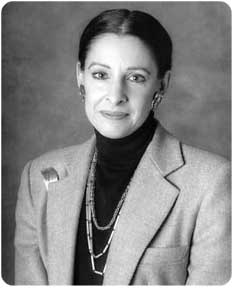 Prof. Reed Doob joined York in 1969. She was a professor of English and Dance, teaching both undergraduate and graduate students in those departments, as well as in the Graduate Programs in Women’s Studies and Interdisciplinary Studies.

Prof. Reed Doob was chair of the Department of Dance from 2001 to 2006 and was the overseas supervisor for the PhD Program in Dance. She also held a number of other senior positions in academic administration, serving as Associate Principal, Academic at Glendon (1981-85), Associate Vice President, Faculties (1986-89) and Academic Director of the Centre for the Support of Teaching (1994-97), and on York’s Senate Executive Committee and Board of Governors. She retired in 2014.

A graduate of Harvard and Stanford University, Prof. Reed Doob was the recipient of Woodrow Wilson, Kent and Guggenheim Fellowships. Her teaching and research encompassed medieval and Renaissance studies; dance history and criticism; sexual stereotypes in opera, literature and dance; the creative process; and non-fiction writing. Her publications include three books: Nebuchadnezzar’s Children: Conventions of Madness in Medieval Literature, The Idea of the Labyrinth from Classical Antiquity through the Middle Ages, and The Uses of Manuscripts in Literary Studies (co-editor with C. Morse and M. Woods).  She also co-authored Karen Kain’s autobiography, Movement Never Lies. Her reviews and feature articles appeared in a wide range of publications including as the Globe and Mail, Ottawa Citizen, Dance Magazine, Ballet News, Performing Arts in Canada and Ballet International. She developed more than 20 documentaries for the CBC Radio program The Dance, and wrote extensive historical program notes and presented numerous pre-performance talks for the National Ballet of Canada.

Prof. Reed Doob was active as a facilitator for strategic planning in many arts and academic organizations in Canada and the USA. A long-time director of the Actors’ Fund of Canada (1993-2006), she was also founding Chair of Corps de ballet International, a charter member of the Canadian Society for Dance Studies, and a member of the Medieval Academy of America and the New Chaucer Society. Her professional contributions included serving on the board of the World Dance Alliance (2001-05) and co-chairing its Education and Training Network (2001-09). Dance Collection Danse featured her as Dance Historian of the Month in December 2011.

As outlined in the Dance Collection Danse interview, Prof. Reed Doob had far-ranging interdisciplinary interests that underpinned her unique academic and professional path. In addition to her extensive work in the performing arts, humanities and education, she also conducted scholarly and applied research in science and medicine. She served on the Ontario Ministry of Health’s Tripartite Committee on Life Support Programs – AIDS (1989-90) and was a research associate in Clinical Immunology (HIV Clinic) at Toronto Western Hospital.

A celebration of her life will be announced at a later date.