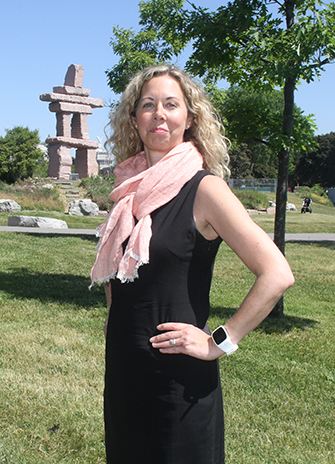 York University Professor Gabrielle Slowey has been awarded the inaugural Fulbright Chair in Arctic Studies for 2016-2017 at Dartmouth College.

She will take up the position in the Dickey Centre for Arctic Studies in January 2017 for the duration of the winter academic term.

The Institute of Arctic Studies at Dartmouth has been at the forefront of interdisciplinary research, discussion and education in Arctic studies and is a founding member of the University of the Arctic.

“It is a real honour to be named the inaugural Fulbright Chair in Arctic Studies at Dartmouth,” said Slowey. “The school has a long history of engagement with critical Arctic issues and is a leading institution in this area.”

The Dickey Centre, under the leadership of Ross Virginia, concentrates on environmental change and the effect of rapid warming across polar regions. Being selected for the Fulbright Chair underscores the importance of Slowey’s research project “Canada on the Edge? Energy, Ecological Governance and Indigenous Peoples”. This project investigates ways in which Indigenous knowledge informs decisions being made regarding energy extraction and new dimensions of ecological governance.

While at Dartmouth, Slowey will conduct seminars with graduate students and faculty, provide guest lectures and network with Dartmouth scholars.

Slowey is the director of York University’s Robarts Centre for Canadian Studies, host to multiple esteemed research clusters, including the Borealis group whose scholars specialize in Arctic research.

“While I look forward to conducting my research, I also intend to make some important research connections, and discuss potential collaborations, between the Robarts Centre and the Dickey Centre, moving forward,” she said.