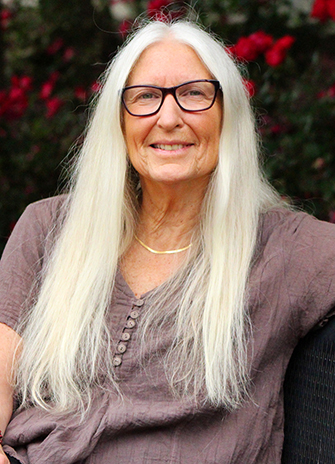 Anne Sisson Runyan, professor of political science at the University of Cincinnati’s (UC) College of Arts and Sciences, will spend the fall at York University for her first Fulbright fellowship which will focus on the dangers of our nuclear reality.

Runyan will serve as the Fulbright Visiting Research Chair in North American Integration at York University, and will study resistance movements tied to nuclear waste. Through her research project, “Contesting Disposability: Feminist, Decolonial and Transnational Resistances to Burying Nuclear Waste in Canada,” she is finding that proposed Canadian nuclear waste sites on the shores of Lake Huron threaten communities throughout the Great Lakes Basin. Runyan is studying the local and transnational political protests over the negative effects on the territories and lives of Indigenous peoples and on women’s bodies.

“Beyond the continuing dangers of nuclear weapons and nuclear power accidents, there remains the problem of massive stockpiles of nuclear waste, raising serious questions about who and what is sacrificed on the altar of the nuclear industry and who decides this,” said Runyan, who joined UC in 2001 to head Women’s Studies.

“Should there be leakage over the hundreds of thousands and even millions of years, such radioactive waste would have to be buried, it will threaten the drinking water from Lake Huron of almost 40 million people who currently depend on it on both sides of the U.S.-Canada border.”

In response to such dangers, continuing locally based, women-led campaigns in Ontario have gained at least 184 municipal, state and U.S. senate resolutions passed against deep sites on the shores of Lake Huron.

Under recent Canadian law, these deeply bored sites can only be sited in “willing” communities. First Nations in Canada are supposed to now have a greater say in such decisions, but it remains to be seen whether oppositional voices will be heeded.

“Because of my background in studying women’s movements against nuclear and conventional war and for environmental sustainability, and my feminist research on North American integration and regional studies, I am well positioned to undertake this study,” Runyan said.

The rise of the second wave feminism and the spate of the feminist literature since the 1960s has had a huge impact on her life and motivated her to get involved with the movement. Her early international feminist activism for equality, peace and environmental sustainability also prompted her to apply a feminist lens to the study of international relations, a field in which she holds her doctorate.

“I wondered why there was no attention given in the field to women, feminist thought and social movements generally critical of the war system in international politics,” Runyan said.

For her PhD, she completed a dissertation on women’s movements for peace and security, the first of its kind in the field. She went on to publish numerous books and articles on feminist international relations topics, while also leading several programs and departments at three higher education institutions.

Runyan also served as interim director of the Taft Research Center at UC. She continues as an associate editor of the International Feminist Journal of Politics, which she helped to found and for which she hosted its fifth annual conference in May 2016 at UC. She joined the Political Science Department at UC in 2015 while continuing as a faculty affiliate of WGSS, enabling her to help launch a new political science doctoral concentration in feminist comparative and international politics.

Story courtesy of the University of Cincinnati