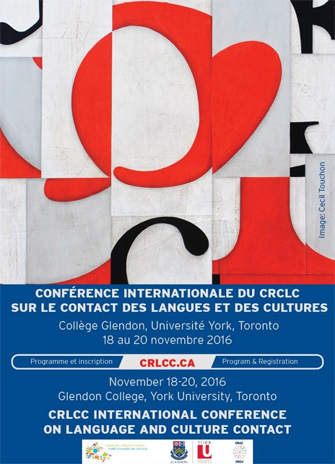 A document responding to three of the 94 Calls to Action issued last December by the Truth and Reconciliation Commission of Canada on Residential Schools is going to get special attention with a public launch on Nov. 18. The launch of the historic document will take place at York University’s Glendon College, during the Centre for Research in Language and Culture Contact (CRLCC) International Conference Nov. 18 to 20.

“It’s time for our justified pride in French-English rapprochement through language policy and other means to be generously and wisely re-imagined and extended to encompass a reconciliatory rapprochement with Indigenous Nations, in which forward-looking policies of Indigenous language revitalization are an integral part, and the Glendon Declaration charts a course for this to happen,” says Glendon Professor Ian Martin, a member of the group who drafted the declaration.

“Glendon’s mission has always been about bringing linguistic and cultural groups closer together,” says Glendon Principal Donald Ipperciel. “Traditionally, the focus has been on English-French rapprochement. Given this background, a growing interest in Indigenous issues seems only natural.”

The Director of the CRLCC, Professor Maria Constanza Guzman, notes that the centre recognizes the responsibility of the academic community toward the Indigenous languages of Canada in this historical moment and enthusiastically supports the declaration and the collective actions that will follow from it.

A short version of Glendon’s Truth and Reconciliation Declaration on Canada’s Indigenous Language Policy is available in English, French, Mohawk, Anishinaabemowin, Inuinnaqtun and Inuktitut and can be found on the CRLCC website. Endorsements from individuals and organizations are welcome, and many have already done so. Endorsement pages in English and French are also available on the CRLCC website.

The Public Launch of the Declaration will take place at 5:45pm on Friday, Nov. 18, in the context of the CRLCC Conference, held at Glendon College, 2275 Bayview Avenue. All are welcome.

The Centre for Research on Language and Culture Contact (CRLCC) brings together the research activities of the faculty members and students of York University who investigate various aspects of language contact at both societal and individual levels. The CRLCC members conduct their research in a variety of settings, located in Toronto, Ontario, other Canadian provinces and countries throughout the world.