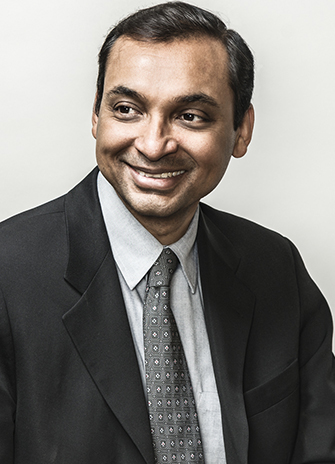 Paper strips laced with sugar could be the sweetest solution discovered so far to kill E. coli in contaminated water. York University engineering Professor Sushanta Mitra says the “DipTreat” discovery will be instrumental in developing a new generation of inexpensive and portable water treatment devices. The discovery of the sweet solution holds promise for efforts underway to ensure water safety and will benefit human health in Canada and around the world.

DipTreat is the latest innovation by researchers working in the Lassonde School of Engineering’s Micro and Nano-scale Transport (MNT) Lab. The group has previously discovered new ways to detect E. coli in contaminated water using a Mobile Water Kit.

“Now with DipTreat, we have learned it will take less than two hours to fish, trap and kill E. coli in water,” says Mitra, who heads up the lab. “We were able to efficiently remove almost 90 per cent of bacteria by dipping the special paper strip, DipTreat, in contaminated water samples.”

While using porous paper strips to trap the bacterial cells, for killing, the researchers used an antimicrobial agent extracted from the seeds of moringa – commonly known as drumstick or horseradish tree. As a result, the DipTreat solution for water treatment uses only naturally available antimicrobial substances and sugar, with minimal environmental and health impact.

Currently, popular water treatment systems use silver nanoparticles and clays. The long-term impact of these systems on human health has yet to be fully understood, says Mitra. So far, DipTreat is effective for small quantities of water. For example, someone who is hiking can collect a container of water and use the paper strips to purify it before drinking.

“We expect this new approach to ‘fish’, ‘trap’, and ‘kill’ E.coli will seamlessly eliminate the harmful bacteria from water,” says Mitra. The discovery has potential for communities in the far north of Canada and in areas where water treatment in not in place or when facilities have been destroyed by conflict. Recognizing the global importance of water purification technology, UNICEF has invited Mitra to showcase his team’s work at a stakeholder meeting in Copenhagen on Nov. 22.

Published as a featured article in the latest issue of the Royal Society of Chemistry journal Environmental Science Water Research & Technology, the study is co-authored by Mitra, Saumyadeb Dasgupta and Naga Siva Gunda.