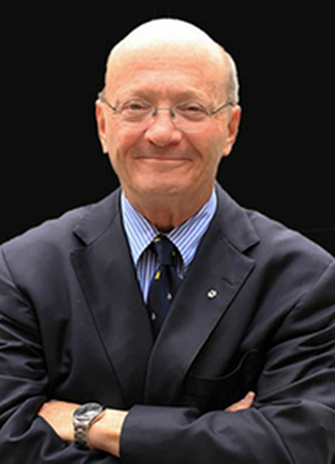 The annual lecture honours the late John W. Holmes, O.C., Canadian diplomat, writer, administrator, and professor of International Relations at Glendon from 1971 to 1981. Holmes was a tireless promoter of Canada at home and abroad, in political, diplomatic and educational circles. He also participated in the founding of the United Nations and attended its first General Assembly in 1945.

Segal is the current master of Massey College, and brings over 35 years of business, academic and public policy experience to his role as a senior strategic advisor at Aird and Berlis LLP. With expertise in public policy, international and defence issues, regulatory affairs and federal-provincial relations, Segal advises on regulatory and broad public policy frameworks and organization, as well as important international variables and contingencies.

Segal’s government service includes major roles in both trade and constitutional negotiation. A former associate cabinet secretary for Federal-Provincial Relations, Segal was part of the Ontario Delegation to the constitutional negotiations that repatriated the British North America Act and created the Charter of Rights and Freedoms. He was also a former Chief of Staff to former prime minister Brian Mulroney, and participated in NAFTA discussions.

Appointed by former prime minister Paul Martin to the senate in 2005, Segal chaired the Foreign Affairs and International Trade Committee and the Special Committee on Anti-Terrorism. He is a former special envoy to the Commonwealth and member of its Eminent Persons Group on reform, modernization and human rights.

Segal was elected the fifth master of Massey College in December of 2013 and is also a senior fellow at the Munk School of Global Affairs. He is a member of the Order of Canada, holds two honorary doctorates, was the 2014 Churchill Society Laureate for excellence in the advancement of Democracy and the 2015 Vimy Award Laureate for “Singular Contributions to National Defence” of the Conference of Defence Associations in Ottawa. He is an Honorary Captain of the Royal Canadian Navy and Chair of the NATO Association of Canada.

Segal is a Fellow of the Institute for Research on Public Policy. He is a graduate in history from the University of Ottawa and was a senior fellow at the School of Public Policy and the Smith School of Business at Queen’s University.

His private sector experience includes leadership of a major Canadian advertising and marketing firm and executive positions in the brewing, food processing and investment management industries. He has served on a broad range of private and public boards in the financial, engineering and design, automobile, dairy manufacturing, energy marketing and construction sectors.

The lecture will be delivered in English. It runs 7:30 to 10 pm at BMO Conference Centre, 2275 Bayview Ave., and is free to attend.

Following the lecture, Glendon will host the closing event for its 50th anniversary celebration with a wine and cheese reception.