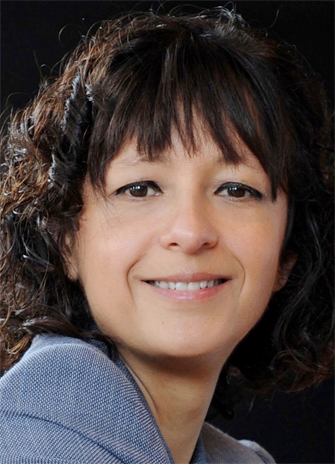 The lecture is part of the Gairdner Foundation’s National Program of faculty lectures presented at Canadian universities. The program runs from Oct. 12 to 26.

Charpentier is a scientific member of the Max Planck Society and director at the Max Planck Institute for Infection Biology in Berlin, Germany. She is the Alexander von Humboldt Professor in Germany and a visiting professor at Umeå University in Sweden.

She is recognized as a world-leading expert in regulatory mechanisms underlying processes of infection and immunity in bacterial pathogens. With her recent ground-breaking findings in the field of RNA-mediated regulation based on the CRISPR-Cas9 system, she has laid the foundation for the development of a novel, highly versatile and specific genome editing technology that is revolutionizing life sciences research and could open up whole new opportunities in biomedical gene therapies.

The resulting field of research is now developing at dazzling speed, with exciting new aspects emerging almost weekly. Charpentier has been awarded prestigious honors including an honorary doctorate from the New York University, the Paul Ehrlich and Ludwig Darmstaedter Prize 2016, French Chevalier Order de la Légion d’Honneur, Leibniz Prize, the Otto Warburg Medal, the L’Oréal-UNESCO For Women in Science Award, the Carus-Medal of the German National Academy of Sciences Leopoldina, the Gruber Prize in Genetics, the Princess of Asturias Award for Technical and Scientific Research, the 2015 Louis Jeantet Prize for Medicine, the Ernst Jung Prize for Medicine, the Breakthrough Prize in Life Sciences, the Grand Prix Jean-Pierre LeCocq and the Göran Gustafsson Prize.

Every October, current and past Canada Gairdner Award recipients travel from St. John’s, Nfld. to Vancouver, B.C. giving lectures and meeting with scientists and trainees at more than 24 universities. The national program concludes in Toronto with three days of scientific symposia and the awards dinner.

For more information on the program, visit the Gairdner Foundation website.