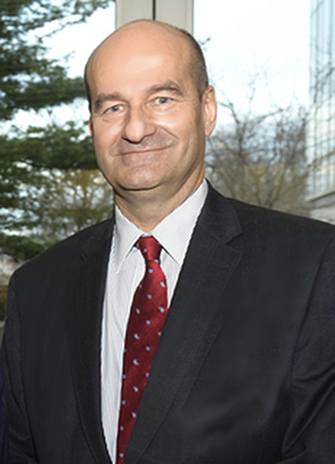 It is with mixed feelings that I am writing to announce that Vice-President Finance and Administration Gary Brewer will be retiring from York University in April 2017. Since joining the University in 1995, Gary has made a significant contribution to the York community. After initially serving as director of budgets and planning, and then assistant vice-president finance and CFO, he was appointed vice-president finance and administration in April 2002.

Over the past two decades, Gary has played a major role in helping the University to successfully navigate the financial challenges we have faced while supporting our ability to take advantage of strategic opportunities that have arisen. He has helped to shape the strong planning culture that now supports the achievement of our academic plans. It was under Gary’s leadership that the Integrated Resource Planning (IRP) framework was first initiated at York in 2006, and over the past 10 years, he has worked collaboratively with the provost and academic colleagues to continuously improve the alignment of resources with our academic priorities.

Gary has been instrumental in helping to develop and grow the University’s infrastructure. Since his appointment as vice-president, he has provided oversight for the completion of well over $1 billion of capital projects – using a variety of approaches to finance and successfully deliver these projects to meet academic needs. His strategic guidance and leadership contributed greatly to our success in securing the subway extension to York University and in the development of our bid to bring a new campus to Markham Centre.

Gary’s commitment to the success of the University extends beyond institutional planning and infrastructure development. Following the release of the METRAC Safety Audit in 2010, it was under his leadership that the many recommendations of this report were implemented, and then expanded upon. He has remained committed to ongoing engagement with students, faculty and staff to improve the safety of our campuses. It was also under Gary’s leadership that the University embarked on a major energy management program that demonstrated the University’s commitment to sustainability in its operations. Since the commencement of this $40 million program in 2007, the annual energy consumption of the University has been reduced by over 25 per cent.

On a personal note, I would like to thank Gary for the open and collegial approach he has brought to his work with colleagues across the University, and I am grateful for the sound and thoughtful advice he has provided over the past nine years.

We will commence the search process later this fall to ensure that the selection of the new vice-president finance and administration is done in consultation with the new president, and that the next vice-president is in place prior to Gary’s retirement.

We will have an opportunity closer to Gary’s departure to extend our best wishes to him and to thank him for his dedicated leadership and 22 years of service to the advancement of York University.