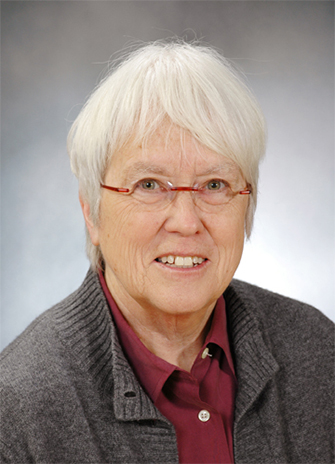 Presented by the Royal Society of Canada (RSC), the biennial award recognizes “significant contributions by a Canadian scholar in the humanities and social sciences to furthering our understanding of issues concerning gender.”

Code is also a Fellow of the Royal Society of Canada, elected in 2005.

A long-serving faculty member in York’s Faculty of Liberal Arts & Professional Studies (LA&PS), Code’s work in the field dates back to 1981 when she sparked a transformation in established thinking with her “exploratory” article that set out to determine the ways in which “the sex of the knower might be a significant factor in the knowledge-seeking process.”

This article unravelled conventional assumptions at the time and set Code on a path for national and international recognition as a pioneer in feminist epistemology – a field that examines how gender influences knowledge production.

“The Faculty of Liberal Arts & Professional Studies is honoured that we have in our midst the eminent feminist philosopher, Professor Lorraine Code,” said LA&PS Dean Ananya Mukherjee-Reed. “Long recognized for her accomplishments in feminist epistemology, she was the first woman to be named Distinguished Research Professor at York University.”

Code’s research has had great influence on theorists across a range of disciplines, including philosophy, political theory, education, sociology, music and more. She has authored several books and articles that examine gender and feminist issues related to knowledge production, and knowledge and subjectivity.

She is a highly sought-after visiting researcher/professor and speaker, and has undertaken more than 100 events to share her research. Her work has earned her a long list of esteemed recognitions, including Distinguished Woman Philosopher of the Year from the American Society for Women in Philosophy (2009), an honorary doctorate from University of Guelph (2005) and the Queen Elizabeth II Diamond Jubilee Medal (2013).

Code’s research has steadily been awarded research grants from the Social Sciences & Humanities Research Council (SSHRC), including a SSHRC Insight Grant for her most recent inquiry “ ‘Manufactured uncertainty’ and epistemic responsibility: their implications for climate change skepticism” (2013-16). Code is currently working on a book from this project.

“Professor Code’s contributions to feminist philosophy and gender studies are, in a word, transformative,” said Mukherjee-Reed. “Through the work of our esteemed colleague, we also have the opportunity to pay tribute to Ursula Franklin, a trailblazer and scholar like none other. I am thrilled to congratulate Professor Code on this well-deserved recognition and award.”

In addition to her research, Code is recognized for her contributions as an editor and translator to several publications, including the Routledge Encyclopedia of Feminist Theories (2000), the Feminist Interpretations of Hans-Georg Gadamer (2003), as well as Feminist Perspectives: Philosophical Essays on Minds and Morals (1988), Changing Patterns: Women in Canada (1988; revised 1993) and Changing Methods: Feminists Transforming Practice (1995).