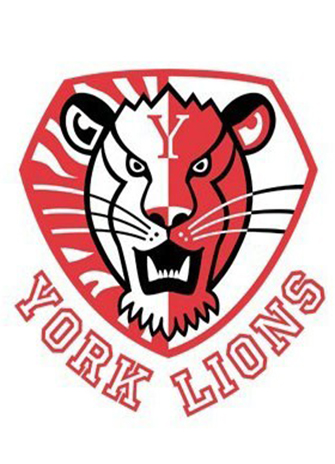 York University Athletics & Recreation and the School of Kinesiology & Health Science welcomed five new inductees to the York University Sport Hall of Fame at the annual dinner and induction ceremony on Thursday, Sept. 22.

Created in 1980, the Sport Hall of Fame honours individuals who have significantly contributed to York’s interuniversity sport program as athletes, coaches and administrators, and who have exemplified the spirit and ideals of York University sports in their professional and community lives. The selection committee consisted of varsity alumni, current student-athletes and several university administrators.

Karen Hewlett (BA ’93) played field hockey and indoor hockey for the York Yeowomen and won numerous championships for both. She was part of the field hockey team for five seasons, winning two Ontario Women’s Interuniversity Athletic Association (OWIAA) titles (1984, 1990) and three silver medals (1985, 1989, 1991). She also helped the Yeowomen win three Canadian Interuniversity Athletic Union (CIAU) medals, picking up silvers in 1984 and 1989 and a bronze in 1990, and was a two-time OWIAA all-star as well as a CIAU all-Canadian in 1990. Hewlett also starred for York’s indoor field hockey team, winning three straight OWIAA championships from 1990-92 and twice being honoured as an OWIAA all-star. On the international stage, she represented Canada in field hockey at the 1984 Summer Olympics in Los Angeles and won a silver medal at the 1983 World Cup.

Mark Jones (BA ’85) led the York men’s basketball team to three Ontario University Athletic Association (OUAA) championships (1981, 1984-85) and two silver medals in his five years with the team (1980-81, 1982-86). During his career, he was one of the top players in the OUAA, earning conference second-team all-star honours in 1984 and 1985 and capping his career with a first-team all-star nod in 1986. A prolific guard for the Yeomen, he still ranks among the program’s top five of all time in total assists and steals. After graduating from York, Jones moved into broadcasting and has built a tremendous career, first with TSN from 1986-90 before moving on to work for ESPN, where he has covered college football and basketball, as well as the NBA and WNBA. Jones joins his older brother Paul, who was inducted in 2009, in York’s Sport Hall of Fame.

Bill Maguire (BA ’89) was one of the top players in the CIAU during his time with the York Yeomen hockey team (1985-89). A team captain in each of his four seasons, he helped the squad win three consecutive OUAA championships from 1986-88 and two national titles in back-to-back seasons in 1987-88 and 1988-89. He capped off his York career by being named a CIAU first-team all-Canadian and an OUAA first-team all-star in 1988-89 during his final season with the Yeomen, and he was also an OUAA second-team all-star twice. His hockey career also included a fifth-round selection (93rd overall) by the Hartford Whalers in the 1981 National Hockey League (NHL) Entry Draft, one year playing professionally in 1983-84 and a stint on the Canadian student national team in 1986. After graduation, Maguire held a variety of roles in the hockey world, including founding a hockey school in Barrie, Ont., serving as a head coach in several different leagues and spending six seasons as an assistant with the Yeomen under Graham Wise. He returned to York as head coach of the men’s hockey teams for two seasons from 2006-08, where he led the Lions to a second-place finish in the Mid-West Division in both seasons.

Christine Walton (BSc ’99, MSc ’02) is one of the most decorated water polo players in York history. She spent six seasons with the Yeowomen (1994-99) and earned Ontario University Athletics (OUA) all-star honours in each year, making the first team four times (1994, 1996-98) and the second team twice (1995, 1999). She helped York win its first-ever OUA water polo championship, in 1996, and added another two conference banners (1997, 1999) and a bronze medal to her collection. Walton played varsity water polo for a total of 11 seasons at York and McMaster, where she completed medical school and orthopedic surgery residency, and was also a member of the Canadian junior national women’s water polo team.

Bob Bain served as head coach of the York men’s basketball team for 38 seasons and, at the time of his retirement in 2010, was the longest-serving head coach at the University. During his tenure at York, Bain led the Yeomen to 11 first-place finishes in the OUA East Division and six conference championships (1978, 1980-82, 1984-85), and he also took his team to the CIAU national championships eight times, winning bronze medals in 1978 and 1979. He was twice named the national coach of the year and was a nine-time conference coach of the year award winner. Throughout his career he coached 14 CIS all-Canadians, 80 OUA all-stars and five York athletes of the year. Including exhibition, regular season and playoff games, Bain coached the Yeomen to more than 700 victories in his career and his teams made the playoffs in 35 of his years at the helm. In addition to his head coaching role, he was a senior lecturer in the School of Kinesiology & Health Science.