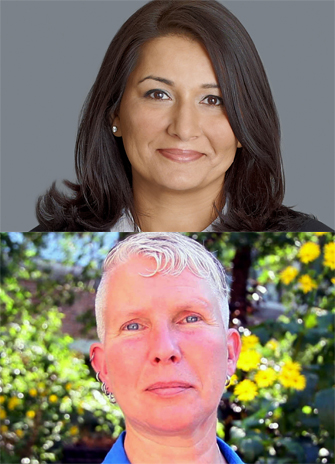 Image shows Professors Puri and Sandilands who are Trudeau scholars

York University Professors Poonam Puri and Catriona Sandilands have been named as two of only five scholars across Canada to be awarded prestigious research fellowships by The Pierre Elliott Trudeau Foundation this year.

The fellowships, announced by the foundation on Wednesday, Sept. 20, recognize intellectuals in the humanities and human sciences for their commitment to seeking innovative solutions to major issues facing Canada and the world and to communicating their findings to the public.

Osgoode Hall Law Professor Poonam Puri will develop policy and legal solutions to hold multinational corporations more accountable for their actions globally and the harm some of them cause to individuals and communities. An expert in corporate governance, Puri will analyze the structures and strategies used by some corporations to limit their liability on human rights and environmental abuses, document barriers to making claims against those companies and advise multinationals about how to manage their global operations more responsibly. Through her groundbreaking project, Puri will also make recommendations for reform and evaluate the impact they would have on the Canadian economy and global commerce.

Professor Catriona Sandilands, of York’s Faculty of Environmental Studies, will lead an innovative project designed to create a significant public and collaborative process focused on listening to, creating, and sharing stories about everyday experiences of climate change. Emphasizing Indigenous and environmental justice traditions, the project will include an interdisciplinary and multi-community workshop that will bring experts on climate and community together to understand the cultural dimensions of environmental problems. It will also produce a collection of essays, stories, poems and reflections from the workshop, oriented to a general audience, and offer community discussions and a social media site through which to share the collection.

“York is committed to excellence in research and scholarship in all its forms,” said Robert Haché, Vice-President Research & Innovation at York University. “Professors Poonam Puri and Cate Sandilands exemplify the type of intensive engagement in research that is the foundation on which York’s vibrant and exciting academic environment is built.”

As 2016 Trudeau Fellows, Professors Puri and Sandilands will receive a total of $225,000 each over the next three years. They are the fourth and fifth York University scholars to be honoured as Fellows, following Professors Isabella Bakker, Haideh Moghissi and Janine Marchessault, and are among 63 Fellows awarded by The Pierre Elliott Trudeau Foundation over the past 14 years.