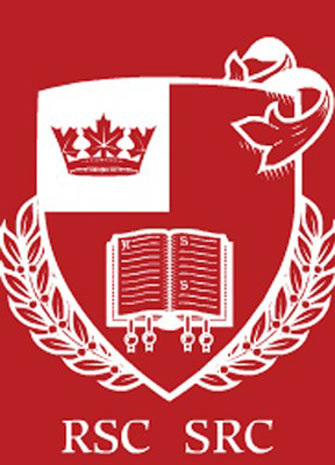 The Royal Society of Canada (RSC) has elected three York University professors and one alumnus into its ranks.

“On behalf of the York community, I am very pleased to congratulate Professors Marchessault, Hay and Koopmans as well as alumnus Christian Bök on this well-deserved honour,” said Mamdouh Shoukri, York University president and vice-chancellor. “These outstanding scholars reflect the high level of excellence and dedication of our York faculty and serve as an example of the incredible impact that our professors and alumni are having in their local and national communities.”

The Royal Society of Canada Division of Arts

Janine Marchessault is an internationally acclaimed media scholar and curator of numerous large-scale public art exhibitions exploring sustainable urbanism. Her scholarly work, including 10 monographs and edited volumes and more than 50 articles, has had an enduring influence on the fields of media, cinema and urban studies. As a curator, she has made a sustained impact in the art world and opened a vital space for community participation and public dialogue.

Christian Bök is an experimental poet in Canada. Recognized internationally as a very influential writer, Bök explores the music of language, often using scientific mechanisms to create poetry. His book Eunoia (2001), the best-selling book of Canadian poetry, won the Griffin Prize in 2002. His most recent work, The Xenotext (2015), contributes not only to poetic practice, but also to molecular biology and cellular genetics. (Image not available.)

The Royal Society of Canada Division of Social Sciences

Douglas Hay has made a unique contribution both to the legal historiography of England and its former colonies and, more broadly, to interdisciplinary socio-legal scholarship in Canada. He combines a comprehensive approach to source materials with innovative methodology and a broad understanding of law’s relationship to society. A prolific scholar, enthusiastic collaborator and generous mentor, he has influenced countless colleagues, students and professional peers in both law and history.

“I am impressed by the exceptional quality of this year’s nominees, which include the highest ever proportion of Francophones as newly elected Fellows. The RSC is proud to welcome all the new members within its institution and I particularly acknowledge the inclusion, as Honorary Fellows, of two women who have greatly contributed to improving the quality of life of Indigenous peoples in Canada.” said RSC President Maryse Lassonde.

Marchessault, Bök and Hay were elected to the society by their peers in recognition of outstanding scholarly, scientific and artistic achievement. Election to the academies of the Royal Society of Canada is the highest honour a scholar can achieve in the Arts, Humanities and Sciences.

The Royal Society of Canada College of New Scholars, Artists and Scientists

In her wide-ranging explorations of medieval religious culture, Rachel Koopmans has made major contributions to the fields of history, literature, manuscript studies, and art history. Author of the influential and award-winning Wonderful to Relate: Miracle Stories and Miracle Collecting in High Medieval England (2011), she has now extended her reach into the specialist area of medieval stained glass, and is engaged in a revolutionary study of the famous “miracle windows” at Canterbury Cathedral devoted to Thomas Becket.

Koopmans is among 80 new members of the college, which represents the emerging generation of scholarly, scientific and artistic leadership in Canada.

“This year’s members join the college at an exciting time as a number of college supported projects are launching and looking for participants to strengthen the teams with various expertise and perspectives” said College of New Scholars, Artists and Scientists President Alidad Amirfazli.

This year’s new fellows and college appointees will be inducted to the academies of the RSC during the Induction and Awards Ceremony on Friday, Nov. 18 at the Isabel Bader Centre in Kingston, Ontario.