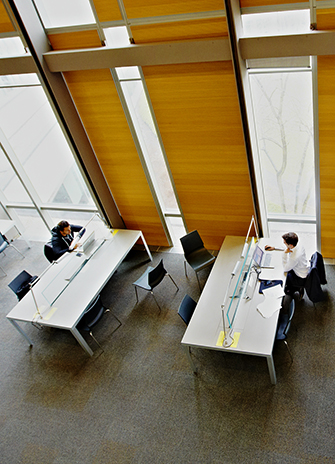 The studies were commissioned by the province in support of its Changing Workplace Review, which is reviewing the Employment Standards Act. The act sets minimum terms and conditions of employment in the province.

Special Advisors C. Michael Mitchell and John C. Murray, who were appointed to oversee the Changing Workplace Review, approached Vosko as she is a leading authority on precarious employment and employment standards. She currently oversees “Closing the Enforcement Gap: Improving Employment Standards Protections for People in Precarious Job,” a Social Sciences & Humanities Research Council (SSHRC) Research Partnership co-led by Mary Gellatly of Parkdale Community Legal Services. The partnership brings together researchers from seven universities, the Ministry of Labour, worker centres and community legal clinics from across the province, and involves Noack, Thomas and Tucker as lead researchers.

The two studies provide an unprecedented glimpse into the effectiveness of the Employment Standards Act in providing a minimum floor of workplace standards for Ontario’s employees.

The second study, “How far does the Employment Standards Act, 2000 extend and what are the gaps in coverage?” by Vosko, Noack and Thomas, is the first comprehensive examination of all of the act’s exemptions and special rules that exist for certain types of employees or workplaces.

These researchers undertook the studies to foster an evidence-based policy dialogue aimed at improving protections for workers in Ontario. They also hope the studies yield benefits for the community of scholars and students at York and beyond.

“What we’ve uncovered about gaps in the operation of the Employment Standards Act raise new questions and research agendas for anyone interested in the law of the workplace and concerned about regulatory effectiveness,” Vosko says.