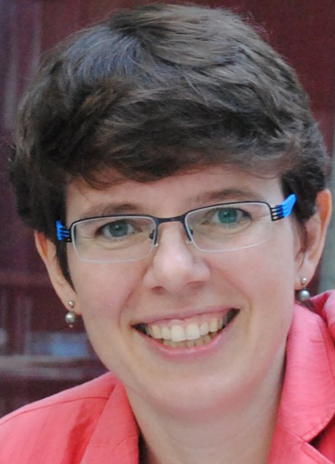 York University Professor Margaret Schotte, Department of History in the Faculty of Liberal Arts & Professional Studies, is the recipient of the 2016 Frank Broeze Prize for the “Outstanding Doctoral Thesis in Maritime History.” The Broeze Prize, awarded every five years by the International Maritime Economic History Association, was announced at the Seventh International Congress of Maritime History in Perth, Australia, on July 1.

Schotte’s dissertation, “A Calculated Course: Creating Transoceanic Navigators, 1580-1800,” which she successfully defended at Princeton University in 2014, investigates how early modern sailors developed mathematical and technical expertise in the age of exploration and the print revolution. This “learned, lively and wide-ranging study,” to quote the words of the nomination for the prize, compares Dutch, English and French navigational practices, drawing upon hundreds of dog-eared textbooks and salt-stained student manuscripts to recover the perspective of anonymous sailors and their eccentric teachers. Taking us not only onto the ship’s deck but also into the classrooms and bookstores of Europe’s port communities, Schotte’s work is “something genuinely new: not only the first study that really tries to show us how the vital skills for navigation and related aspects of seamanship were taught, but also the first to teach us how—and how well—they were mastered.”  She is currently revising the dissertation into a monograph, provisionally entitled Sailing School: Navigating Science and Skill.

Schotte joined York University in 2014. She holds a BA from Harvard, an MA from the University of Toronto and a PhD from Princeton. She is a specialist in the early modern history of science and the history of the book. Her articles have been published in Book History and Information & Culture. In the Winter 2017 term, Schotte will teach a new course on the history of science, AP/HIST 2250 3.0, “Revolutions in the Stars: Science in the Age of Galileo.”

The prize Schotte received is named after Professor Frank Broeze, one of the leading maritime historians of his generation. In his honour, the International Maritime Economic History Association awards the Frank Broeze Prize to the author of a doctoral thesis which, in the opinion of the panel, makes the most outstanding contribution to the study of maritime history.

This year’s competition considered theses completed between September 2011 and August 2015 and, according to the adjudicating panel, the large number of high-quality submissions made the selection of the winner extremely difficult. The panel took into consideration the originality of each scholar’s approach, source material and findings; depth and coherence of argument; choice and application of methodology; and presentation and stylistic quality.