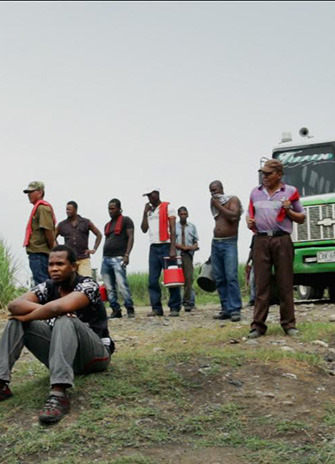 Toronto Youth Shorts announced their eighth festival lineup of short films from young filmmakers in the Greater Toronto and southern Ontario area. This year features a total of 44 films, which will screen on Aug. 6 at Innis Town Hall.

This year’s lineup is categorized into four programs:

“In a time when the industry is crying out for more diversity in their films and the filmmaking process, it is great to see the students at York University step up,” says Festival Director Henry Wong. “Our eighth season is one of our most diverse in terms of on-screen content and the talent behind them. The films produced at York University certainly attributed no small part to that.”

Through This Lens – Two brothers bond over their love for photography.
Directed by Haaris Qadri

Tidal Waves – Riley is struggling with scoliosis and must come to terms with the fact that she can no longer dance.
Directed by Kristina Wong, produced by Adrian Cheung

Pyaaz (Onions) – Aryan just moved to Canada and he misses his friends. While his Mother is in a frenzy figuring out how to navigate the country, Aryan tries to Skype a party filled with his friends back home.
Directed by Shant Joshi, Produced by Sabrina Budiman

My Cradle and Tomb – In Villa Rica, Cauca, Colombia, there is no potable water. Trapped under a hierarchy for access to water, Jota Ramos tries to stand up against his tyrant.
Directed by Lina Evans

For a trailer of the film festival, which includes clips from these five films, visit Toronto Youth Shorts Film Festival on YouTube.

Toronto Youth Shorts 2016 is supported by the Broadcast Film Critics Association, organizers of the Critics’ Choice Awards. The Director’s Guild of Canada is also a major sponsor. Fibe TV1 returns as a broadcast partner.