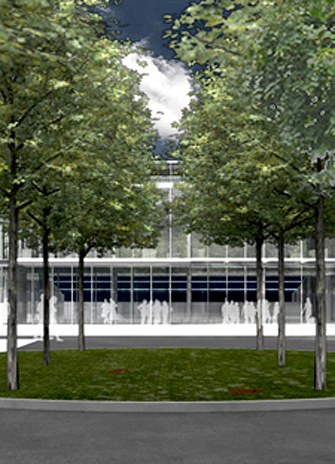 A new partnership between York University’s Glendon College and the emlyon business school in France will offer students the opportunity to combine liberal arts with business education, earn two university degrees and benefit from internships in France, Canada or other countries where French is an official language.

“This unique partnership will enable students in Glendon’s International Studies program to marry their liberal arts education to business education, with the internationally respected emlyon business school,” said Donald Ipperciel, principal of Glendon College. “It will not only respond to Ontario’s need for bilingual business education, but will also offer students, through internships, wonderful opportunities to explore cross-cultural business issues.”

The program will also offer students the opportunity to work in French and explore cross-cultural business issues during two mandatory internships, including at a number of French companies affiliated with the France-Canada Chamber of Commerce.

“Through this agreement, York University Glendon College and emlyon business school prepare their students to become players of globalization,” said Bernard Belletante, dean and CEO of emlyon business school. “This next generation of managers, executives and entrepreneurs will learn how to operate in international, multicultural and digital environments. The collaboration between the two schools will be carried out both on campuses and in a digital environment.”

A Canadian leader in the delivery of bilingual education, Glendon was recognized by the Ontario government as the Centre of Excellence for French-language & Bilingual Postsecondary Education in Southern Ontario in 2008. Earlier this year, it was granted partial designation under the French Language Services Act, recognizing the University’s commitment to French-language and bilingual education.