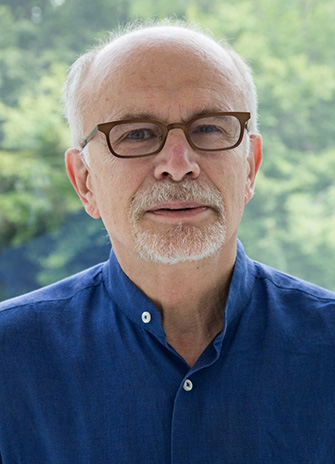 Glendon has announced that Professor Roberto Perin is the recipient of the 2016 Principal’s Research Excellence Award, an honour given annually to recognize full-time faculty who have made an outstanding contribution to research in the last three years.

Perin, a professor in Glendon’s Department of History and the graduate program director of Glendon’s Master’s in Public and International Affairs, was selected for his ongoing work in the areas of the history of immigration and religion.

“Professor Perin has demonstrated a sustained and deep commitment to research excellence – both in his own scholarly work, as well as through his mentorship of graduate students’ research,” said Christina Clark-Kazak, associate principal, Research and Graduate Studies at Glendon. “We are privileged to have such an eminent historian of Canadian immigration at Glendon.”

A long-time and highly respected member of the Glendon community, Perin holds a BA (Hons) from Université de Montréal, Montreal (1968), an MA from Carleton University (1970) and a PhD from the University of Ottawa (1975). His new book, The Many Rooms of this House: Diversity and Worship in Toronto since 1840, looks at Toronto churches as markers of social and cultural change over the past century and has been accepted for publication by the University of Toronto Press.

According to the Chair of Glendon’s Department of History, Professor Mark Jurdjevic, “Dr. Perin is a prolific and influential historian of Italian immigration to Canada. His most recent book promises to contribute significantly to the fields of urban history and immigration studies. We are looking forward to the fruits of his research and learning about our city’s history.”

The award was presented on June 25 during the Principal’s Convocation Luncheon celebration.

“Receiving this award is a great honour for me,” said Perin. “My research is the fruit of a constant and complex dialogue with my sources, my colleagues, and my students, especially, but not only, my graduate students. As the expression ‘community of scholars’ suggests, research is a social process. It is therefore important for us to resist the atomizing tendencies of some of the new technologies and reaffirm our sense of community.”

In recent years, Perin has authored two books and 16 book chapters, co-edited four books and published 14 scholarly articles. He was the recipient of a Social Sciences and Humanities Research Council (SSHRC) Connection Grant to organize an international workshop at the Glendon Campus of York University. The conference introduced a number of York University graduate students to an international cohort of scholars in immigration history.

Perin was a consultant to the Canadian Museum of Immigration in 2012-15 vice-chair of an advisory committee to Citizenship and Immigration Canada, a member of the editorial board of the Canadian Catholic Historical Association and an advisory committee member for the journal Mens: Revue d’Histoire intellectuelle et culturelle. He has also given interviews for the CBC, Radio Canada, TV Ontario, TFO, MTV, OMNI-TV, BBC, Radio Scotland, RAI and Vatican Radio.