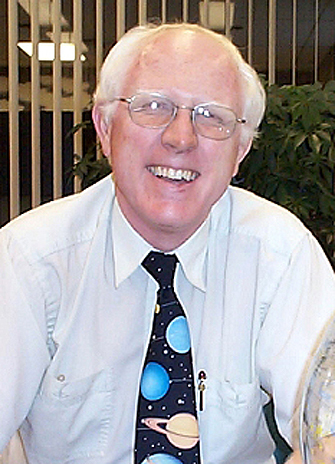 Delaney was selected by York University’s Senate Committee on Awards to receive the honorific title of University Professor. He will be honoured at York University’s spring convocation ceremony of the Faculty of Science on Thursday, June 23.

For more than 30 years, Delaney has been a part of the collegial and institutional life of York University. He has had a transformational effect on large parts of the University and his work as an astronomer has greatly raised the public profile of both the science of astronomy and York University’s place as home to some of the leading research in astronomy.

The recipient of a 2016 President’s University-wide Teaching Award, Delaney was named by TV Ontario as one of the top lecturers in Ontario.

From 1994 to 2005, Delaney served as the Master of Bethune College and played an important role in shaping Bethune College’s focus on serving science and engineering students, encouraging peer to peer student support, study groups and more. He transformed the Natural Science Program into a popular area of study through appealing and interesting courses, and making it a site of continuous pedagogical innovation (including the development of online and technology enhanced courses).

He is also the director of the York Observatory and a in that capacity is a frequent contributor and go-to expert for television, radio and print media on astronomy. The York Observatory has become an important part of community engagement efforts at the University with more than 5,000 visitors each year and some 20 enthusiastic student volunteers. The observatory hosts online public viewing sessions and a weekly radio show on Astronomy FM with a global online audience of more than 30,000 dedicated listeners.

Delaney is the recipient of many national awards. In 2015, he was awarded the Canadian Astronomical Society’s prestigious Qilak Award and in 2010 Royal Canadian Institute honoured him with the Sanford Fleming Medal for contributions to the public understanding of science, putting Delaney in the company of some of Canada’s most prominent scientists, including Ursula Franklin, John Polanyi, David Suzuki and Tuzo Wilson.