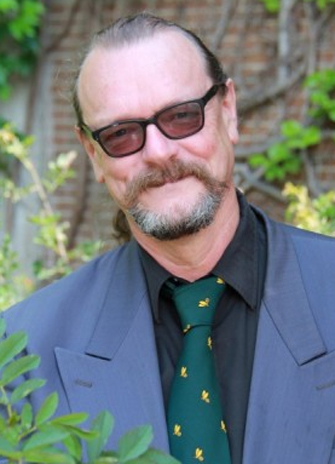 York University is honouring Faculty of Science Professor Laurence Packer, a world renowned bee expert, with the title of Distinguished Research Professor. The title is given to active members of the academy in recognition of their outstanding contributions to the University through research.

The title will be conferred on Packer at the Spring Convocation during the June 23 ceremony at 10:30am.

Over the past 28 years, Packer has made an outstanding contribution to the University’s research culture and reputation by developing a world-recognized research program on bees. Packer’s work has fostered the growth and development of an impressive number of students who go on to lead in academia and elsewhere, and by providing international leadership in the fields of bee taxonomy and systematics, genetics, biodiversity, conservation biology and behaviour.

The word bees encompasses far more than the familiar honey bee, with its highly organized social structure of castes. There are some 20,000 species of bees, from the often recognized bumble bee to much smaller “solitary” bees that exhibit less social behaviour. These bees are at least as important as honey bees in pollinating native plants and crops. Packer is the foremost world authority on many groups of bees and is considered a Canadian expert on bees of the world.

His collection of bees − a collection that he built at York University from the ground up − is recognized as a major reference and continues to attract to the University a steady stream of visiting researchers. He recognized early the value of genetic barcoding to taxonomy and has spearheaded the Bee Barcode of Life project, a major international effort to develop genetic barcodes for all of the bees on Earth.

Packer has authored more than 110 research papers over the course of his career at York University. He has authored 10 book chapters and some 46 papers from his laboratory that have been funded by his research grants, published by his students.

Packer, together with Professor Peter Kevan, a pollination expert at the University of Guelph, founded and led a consortium of some 50 scientists in a Natural Sciences & Engineering Research Council of Canada (NSERC) funded network known as CanPolin. In addition, his expertise led to an invitation to join the working group on pollinator declines of the National Center for Ecological Analysis and Synthesis based in the United States. There he led a multi-authored publication that has attracted 500 citations.

He is the author of three popular books that have helped Canadians learn about bees and their important role in nature. His bestselling book, Keeping the bees: why all bees are at risk and what we can do to save them, won the prestigious Canadian Science Writers’ Association General Audience Book Award, and was the finalist for the Rachael Carson Award of the Society of Environmental Journalists, as well as the Lane-Anderson Science Book Prize. He is also the co-author of Bees: an up-close look at pollinators around the world (2015) and The bees of Toronto (just published by the Toronto Diversity Series).

The major criterion for the honour is sustained and outstanding scholarly, professional or artistic achievement where a significant portion of the candidate’s work has been accomplished at York University. The award is inclusive of all full-time faculty in all disciplinary areas.