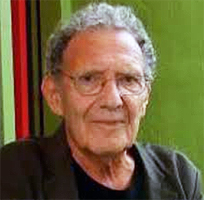 The Reflexive Initiative: On the Grounds and Prospects of Analytic Theorizing (Routledge, 2016) is a new book edited by Stanley Raffel and Barry Sandywell as part of the Routledge Advances in Sociology Series.

The essays collected in the volume stem from a conference held at Edinburgh University in 2014 to celebrate the 40th anniversary of the publication of On the Beginning of Social Inquiry by Peter McHugh, Stanley Raffel, Daniel C. Foss and Alan Blum.

Professors Blum and McHugh, who later became colleagues at York University, began their collaboration in New York’s Columbia University in the 1960s. Upon moving to York University in 1973 to expand their research, the maverick sociologists taught generations of new scholars in Canada, disseminating an interdisciplinary interpretive approach to a great number of students from around the globe. “This is a profound book, dealing with nothing else than the grounds for reflexive speech, radical self-reflection; It is a timely collection of ..dialogic inquiries; particularly germane in the present climate of new positivistic empiricisms…It will be of great interest to anyone concerned with the future of sociological theorizing and its ethical and ontological dimensions,” states one reviewer.

The volume includes contributions from former students, faculty, and two current York University Professors, Steve Bailey and Alan Blum. McHugh died in New York in 2010. Blum is currently the executive director of the Culture of Cities Centre and Senior Scholar at York University. He has a new book, The Lived Experience of the Dying Body (Routledge, forthcoming 2016) and a co-edited collection of studies with Distinguished Professor Stuart Murray, Carleton University on The Ethics of Care (Ashgate, forthcoming 2016). Blum’s current Social Sciences & Humanities Research Council of Canada (SSHRC) research project is titled Heritage in Transition and is part of The International Association for the Study of the Culture of Cities, a five-year conference and knowledge dissemination series on Scenes of Urban Innovation.