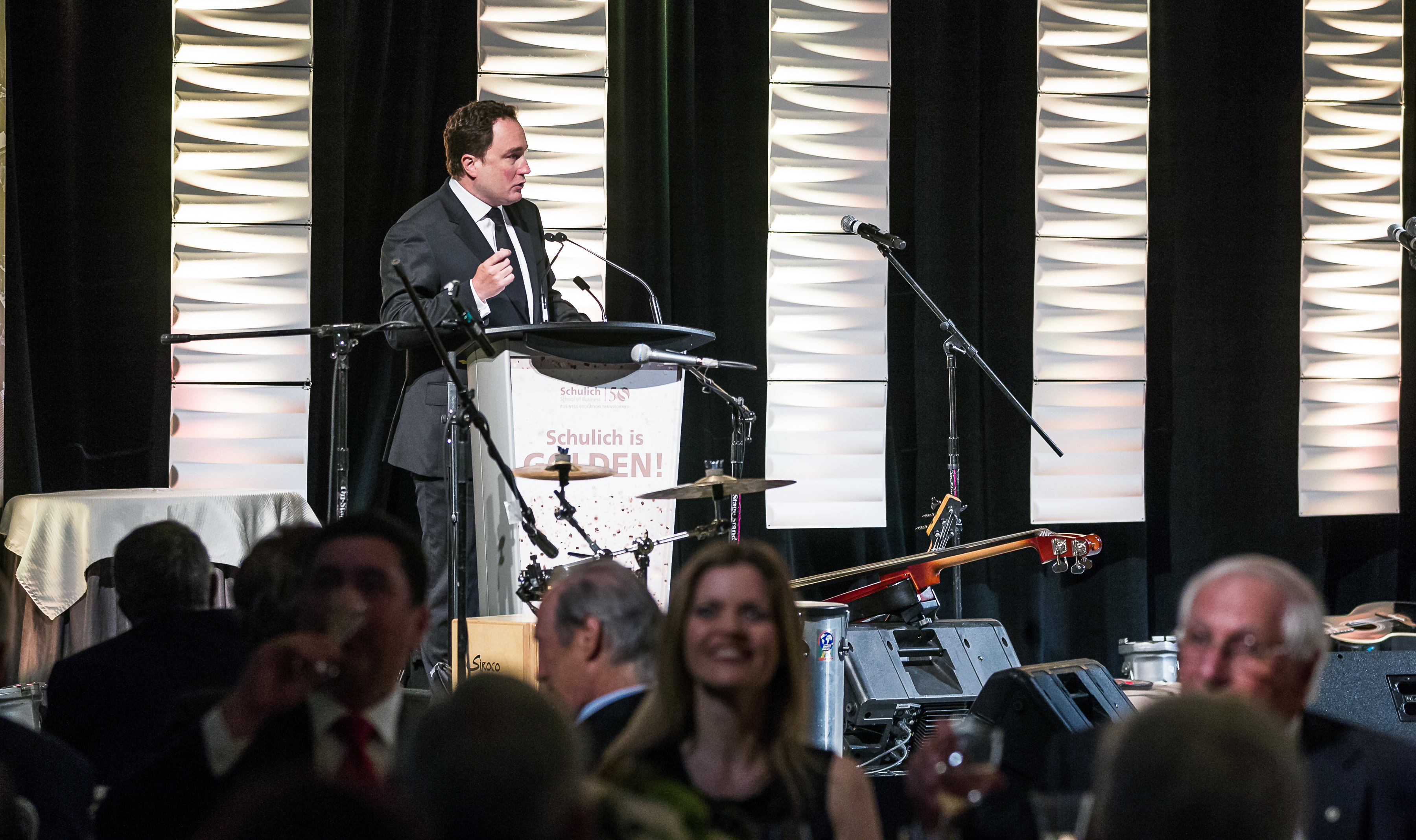 Hundreds of Schulich alumni from across Canada and around the world came together on May 27 to celebrate the school’s 50th Anniversary Gala at the Four Seasons Hotel in Toronto.

The sold-out event featured Master of Ceremonies Mark Critch, the roving reporter from the CBC TV show This Hour Has 22 Minutes. Singer/songwriter Amanda Martinez, a Schulich International MBA graduate from the Class of ’99 who is hailed as having as “one of the greatest voices in the world”, also performed at the gala.

“For five decades now, our alumni have carried the Schulich banner with honour and pride,” he added. “Through your personal accomplishments and your career achievements, you have enhanced our reputation and brought great distinction to our school.”

Horváth paid tribute to Schulich’s founding Dean James Gillies, and said if he could have been at the event, he feels Gillies would have been filled with a profound sense of pride and satisfaction.

“His vision of building a great school, his dream of providing career opportunities to thousands of students who might otherwise not have had the chance – all of this has been accomplished and more,” said Horváth.

“Let me say what a proud day this is for the Schulich School of Business and for York University,” he said.

Shoukri thanked Horváth for his “exceptional leadership” and said that Schulich had an “incredibly bright future” ahead of it. He also shared with the audience a letter written by D. McCormack Smyth, the first dean of Atkinson College and author of the book, The Founding of York University.

In the letter, dated October 1964, Smyth urged York’s founding president Murray Ross to proceed with the creation of a business school, saying, “Such a department, in helping to meet a social need in a scholarly manner, could well bring honour to the University in the years that lie ahead.”

Shoukri concluded by adding “Today, some 50 years later, I think it is clear that this vision has been realized.”

The audience watched a videotaped message from school benefactor, Seymour Schulich, who congratulated the school on its milestone anniversary. A video that chronicled the school’s many highlights and achievements over the past five decades was also screened.

The 50th Anniversary Gala was the pinnacle event in a year-long series of special events and projects created to celebrate the school’s transformational role in shaping global business education since its founding in 1965.