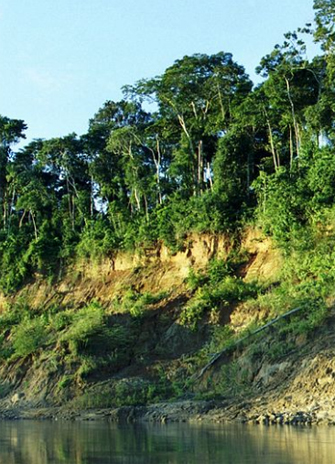 Miguel González, a Fellow of the Centre for Research on Latin America and the Caribbean at York University (CERLAC) and sessional assistant professor in the International Development Studies (IDS) program, has been awarded a grant by the German Corporation for International Cooperation to partner with the Indigenous Fund of Latin America and the Intercultural Indigenous University (UII) to document the territorial claims of the Ese eja Indigenous people of the Eastern Peruvian Amazon.

The Ese eja are located east of the Peruvian Amazon, and they claim an ancestral territory that overlaps with an officially instituted natural protected area. Undecided property rights have produced new and illegal occupations in the Ese eja territory, which threatens the wellbeing and cultural survival of the Ese eja communities.

In 2011, the Peruvian parliament passed a law on the right of Indigenous people to prior consultation, however, social conflicts pitting corporations against Indigenous communities abound in the country due to the lack of enforcement. To counteract the effect of policy gaps concerning the clarification of rights and the vulnerabilities it has created over Indigenous livelihoods, the Ese eja have engaged in a process of documenting their claims to an ancestral territory.

González and Alejandro Mayoral, a second-year master’s student in IDS, together with a Peruvian former UII student, Maria Ponce, are investigating the process through which the land claim first emerged and the rationale used for establishing natural protected areas in areas of Peru claimed by Indigenous peoples, in many cases without free, informed, and prior consultation.

The team of researchers is also mapping out the multiple activities of the Ese eja people and FENAMAD — an organization they have created — to generate valuable information to inform the land claim and eventually its settlement with the Peruvian state. The project is grounded in a transdisciplinary, collaborative research approach. This approach involves the active participation of the Ese eja themselves in the design, investigative process, and outputs of the study.

Over the next eight months, the team will produce two research papers about this process. The first paper will include an analysis of the conceptual construction and management of the natural areas in Indigenous ancestral territories in three Peruvian national protected reserves:  the Tambopata National Reserve, the Bahuaja Sonene National Park and the Madidi Park. A second testimonial document will show the voices and faces of the people who have been involved in the process of territorial revitalization of the Ese eja people. These two documents will be enriched through an intercultural dialogue with Miskito people of Nicaragua, who have a well-established process for territorial titling, during an assembly to be held in the Ese eja community of Palma Real, Peru in August 2016.