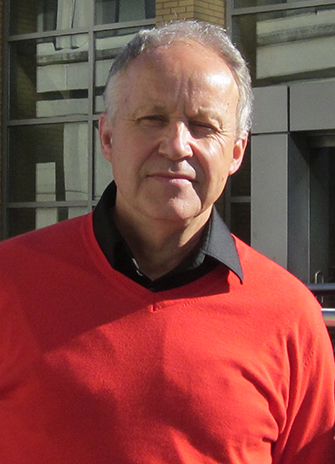 Appearing at regular intervals in YFile, Open Your Mind is a series of articles offering insight into the different ways York University faculty champion fresh ways of thinking in teaching and research excellence. Their approach, grounded in a desire to seek the unexpected, is charting a new course for future generations.

Today, the spotlight is on William Wicken, a professor in the Department of History in the Faculty of Liberal Arts & Professional Studies. Wicken’s research interest concerns the indigenous peoples of Canada and the United States. He is also extensively involved in public policy, working for First Nations communities, governments and testifying as an expert witness on historical issues where the plaintiff or defendant has raised a constitutional argument. Wicken played an integral role in the recent Supreme Court of Canada decision that thousands of Métis and non-status Indians are now under the jurisdiction of the federal government.

A. I am writing a book which uses my maternal grandfather’s life to understand why indigenous people moved off reserve and how moving into the city affected their families. The book revolves around my grandfather, Clinton Claus, who was born in 1890 on the Grand River Six Nations reserve. His mother, Phoebe Johnson, had been at the residential school, had gone into service and then became pregnant, although the father is unknown. She moved back to the reserve and married a Mohawk man 35 years her senior. When he died, she placed my grandfather and his half-brother in an orphanage for five years, reclaiming them when she remarried in 1900. My grandfather married a Six Nations woman in 1908, but she died of tuberculosis in 1911. Sometime after that he moved off reserve, first spending time with relatives at the Lewiston reserve in New York State and later joining his mother and stepfather as tenant farmers near Aldershot, Ontario. Like many Six Nations men, my grandfather joined the Canadian army during the First World War and was shipped overseas in 1917. When he returned to Canada in 1919, he moved to Hamilton and, at the age of 30, applied to become enfranchised. And so too did the rest of his family.

My grandfather’s and his mother’s life stories, we would say, are sad. When my great grandmother Phoebe Johnson died in Hamilton in 1940, she was buried in a pauper’s grave. My grandfather had a better life but he believed that his “Indian” past was not something to celebrate but to hide. He warned his children, including my mother, to avoid his family.

For this reason, this is a hard book to write because there is much sadness. One of grandfather’s brothers was an alcoholic and drowned after drinking too much. Another deserted his family and died somewhere in the United States. His stepfather, Isaac Powlis Claus, also died as a result of an alcohol-induced state. My grandfather thought that his family were “bad people” and chose to integrate into the white working class of urban Hamilton.

But my grandfather’s decision to separate himself from his family has had negative consequences. Many people who have indigenous heritage have similar stories to tell, and my thinking about how movement off reserve affects families might motivate others to think about their past and how it has affected them. But let me add that I am not indigenous and do not recognize myself as such. I have a heritage that is partly indigenous, like many other people. This heritage has indelibly affected me, and continues to affect others whose family members lived on reserves.

A. Several years ago, lawyers for the Congress of Aboriginal Peoples asked me to be an expert witness in their civil suit against the federal government. This is the case known as Daniels v. R., in which the congress argued that Métis and non-status Indians were “Indians” as outlined in the British North America Act of 1867 and therefore under the purview of the federal government. The Supreme Court of Canada (SCC) recently issued their decision in that case. In doing research for the congress, I examined the legal and political issues that emerged when “Indians” moved off reserve. Much of this research focused on the Six Nations Grand River Reserve and in examining these records, I encountered my grandfather and his family. I had known he had born on reserve and I had also heard stories about him from my mother, but I was surprised when I found him and his family mentioned in the archival records. That led me to think about using my family to discuss broader issues about indigenous people who grew up on reserve but moved away.

A. My research is significant in two ways. First, my last book, The Colonization of Mi’kmaw Memory and History, won the Sir John Macdonald Prize Governor General’s Award for Scholarly Research in 2013. In that book, I argue that the 1982 Constitution has led to a reification of indigenous people, making them “special” in ways that historical record does not support. Second, I have testified in 17 constitutional cases, four of which have been heard on appeal to the Supreme Court of Canada. I am most proud of what has happened since the Supreme Court’s decision in R. v. Marshall (1999), a case in which I testified at trial. As a result of that SCC decision, the federal government integrated indigenous people of Atlantic Canada into the commercial fishery. Last year, I was talking to one community leader who said that they now have 100 people employed in the fishery. Twenty years ago, they had none. He said this employment has meant that people are able to build new homes on reserve and also provided the money to fund indigenous language immersion programs.

A. Many historians begin research based on historiographical debates. I begin my research based on what has emerged from indigenous communities’ struggles with provincial and federal governments. Often those struggles come from indigenous perspectives on their past. My involvement in public policy has also made think more clearly about government-indigenous relations. For instance, last year I was a member of an Environmental Impact Assessment Panel, which, among other things, considered whether a mining company had properly accommodated indigenous peoples’ section 35 rights. This is a challenging issue. Historians have a unique perspective to bring to these discussions, in evaluating indigenous peoples’ historical rights and in evaluating impacts on the environment. Environmental historians’ understanding of these issues, for instance, can help governments determine the value of a bond that should be imposed when mining companies propose a project.

Q. What findings have surprised or excited you?

A. I was saddened to learn that my grandfather’s nieces and nephews ended up in various institutions, such as residential schools, orphanages and juvenile reform schools, or were given up for adoption. The only people who did not were my grandfather’s three daughters, including my mother. I am not sure why this happened, but my sense is that my grandfather was a religious man and that Christianity helped his family navigate the challenges that he and they faced. I find this ironic because I am not a religious person. The Bible sustained them and has reminded me that for many families in early 20th-century Canada, religion was an important part of their lives.

A. When I began working for the 13 Mi’kmaw communities of Nova Scotia in 1993, I was finishing my PhD at McGill University. The communities had every reason to mistrust me but they needed someone with a PhD whose testimony would be acceptable in court. My work in various court cases eventually made me more acceptable but relationships between indigenous communities and academics are not always easy. Indigenous communities have their own political agenda. Academics have their own professional standards. How to reconcile these two different and sometimes conflicting purposes can be difficult.

A. I spend time every week talking to lawyers, government officials or doing work for them. Those conversations and that research make me think about indigenous history and governments in new and different ways. Without those conversations, my scholarship would much less than it is.