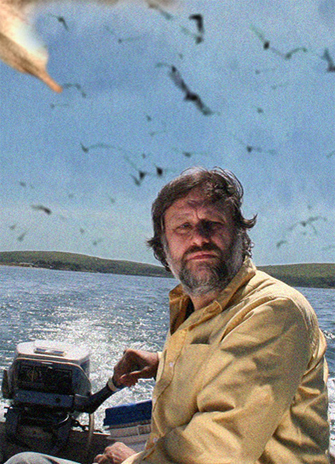 York University’s School of the Arts, Media, Performance & Design (AMPD) will present the inaugural film-philosophy conference, “Coming to Terms with Film-Philosophy 2016,” with a public presentation taking place May 24.

The event is one of the first conferences in North America to explore film-philosophy and discuss its origins, present state and possible future.

From postcolonial theory and disability studies to speculative realism and anti-philosophy, the conference seeks to examine trends and developments in film and cultural theory, contemporary media studies, new media, and other disciplines in the humanities and social sciences.

Žižek will speak about philosophy, the Syrian refugee crisis in Europe, and how cinema can serve an important role in understanding contemporary cross-cultural conflict. Tickets can be purchased through the TIFF website.

The conference includes seven other panels, curated on themes such as The Beyond: Philosophy at the Limits; Aliens and Other Things: Virtuality, Control, Decay; and The Apparatus: Political Technologies and Media Archaeologies. Twenty-one papers will be presented including: “Formalist Acrobatics of the Kino-Eye: Towards an Ethics of Play” (Julia Alekseyeva – Harvard University), “Gilbert Simondon and the Psychosocial Reality of Cinema” (Philippe Theophanidis – Université de Montréal), and “The Ethical Tramp: Finding Emmanuel Levinas in Charlie Chaplin” (Salah Hassanpour – York University).

Visit the film-philosophy conference website for full details on the program, presenters and schedule.

The Onstage Conversation with Žižek is co-presented by TIFF and the Norman Jewison Series in the Department of Cinema & Media Arts, York University.