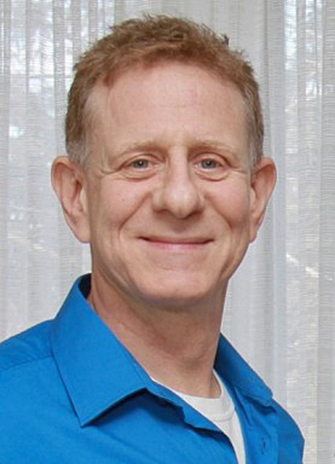 For the second consecutive year, the Canadian Psychological Association (CPA) has named a York University professor as the recipient of the prestigious Donald O. Hebb Award for Distinguished Contributions to Psychology as a Science.

The 2016 award will be presented to psychology Professor and Canada Research Chair in Health Psychology Joel Katz. Last year, the award was given to Debra Pepler, York University professor in the Department of Psychology in the Faculty of Health.

This award is presented to “CPA members or fellows who have made a significant contribution to Canadian psychology as a scientific discipline,” according to the CPA.

In order to be considered for the award, candidates must meet one of the following criteria: performed research that has enhanced the knowledge base of psychology; had influence that has been exerted through leadership as a teacher, theorist, spokesperson for the discipline, and/or developer of public policy with respect to the science of psychology; or performed work that has substantially influenced the development of psychology.

The impact of the work considered must be directly related to Canadian psychology as a science, says the CPA.

Joel Goldberg, Chair of the Department of Psychology at York U, said Katz is a powerful role model, and has made extensive research contributions in the field.

“York University has been quite fortunate to have a scholar of Dr. Katz’s stature in our midst,” said Goldberg.

Katz’s contributions to the field of pain research and related fields include more than 230 peer-reviewed journal articles and chapters, 215 addresses and presentations, and close to 300 abstracts/conference proceedings. Katz has also held major national funding for more than 25 years for this work.

“I’m thrilled to be receiving the 2016 CPA Donald O. Hebb Award for Distinguished Contributions to Psychology as a Science,” said Katz. “The list of past recipients is truly inspiring and I’m honoured to be included among them. It’s especially meaningful to me because my PhD supervisor, Prof. Ronald Melzack – himself a recipient of the award – was supervised by none other than Don Hebb and so I feel I’m keeping up a tradition of sorts

“I’m also proud to be part of such a strong psychology department here at York,” he continued. “Last year, Deb Pepler received the CPA Donald O. Hebb Award, so York U’s got back-to-back wins in 2015 and 2016.”

This is the second 2016 award for Katz; in December, the Canadian Pain Society named him the recipient of the 2016 Outstanding Pain Mentorship Award.