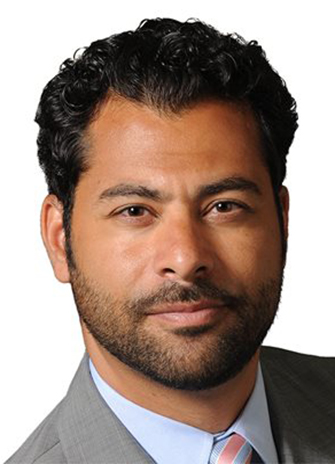 Many of the biggest names in sports law and entertainment law in Canada will be part of the Osgoode Entertainment & Sports Law Association’s 18th annual conference on Friday, March 4, including headliners Eric Macramalla, Trevor Whiffen, Doug Maclean and Sander Shalinsky.

The event kicks off at 9am at the Metro Toronto Convention Centre in downtown Toronto.

Presented by Cassels Brock, the conference will address player negotiations, ethics in sport governance, and talent management in the music industry. It will consist of six unique panels and feature the theme of “informing and inspiring sport and entertainment lawyers of today and tomorrow”.

TSN Legal Analyst Eric Macramalla, one of Canada’s most respected voices on the legal aspects of sport, will be among the high-profile speakers. In addition to being a partner at Gowlings in the firm’s Intellectual Property Group, Macramalla as TSN’s legal analyst hosts the radio show, Offside: The Business & Law of Sports. Macramalla is also regularly called upon to provide legal commentary for other television, radio and print media outlets such as CTV, CBS and NBC, and is one of the best Twitter follows for trending topics in sports.

Macramalla will speak on a panel titled “Legal Issues and Ethics in Sport Governance,” where he and fellow panelist David Goldstein of Cassels Brock will engage many of the high-profile legal issues that have arisen in sport over the last year, including concussion litigation, commissioner discipline and ‘deflategate’ proceedings.

The entertainment side is headlined by Sander Shalinsky, founder and managing partner of Shalinsky & Company. Shalinsky has been one of Canada’s pre-eminent entertainment lawyers for almost two decades, having counselled hundreds of artists and record labels, as well as internationally renowned producers and songwriters. Currently, his client list is topped by recent Grammy winner, The Weeknd, and also features Serena Ryder, Finger Eleven, Danny Fernandes and Mia Martina.

The Law Society of Upper Canada has accredited the conference for 1.2 continuing professional development (CPD) hours.

Tickets can be purchased online at www.oesla.ca.

The Osgoode Entertainment & Sports Law Association provides students with the opportunity to integrate interests in music, motion pictures, television, sports, broadcasting, publishing, and other creative industries, with their legal studies.