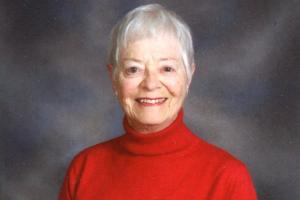 Born in Vancouver, Prof. Banfield had fond memories growing up in Kerrisdale, B.C., and later graduating with an LLB from the University of British Columbia. She was one of five women in her graduating class. Prof. Banfield was called to the British Columbia Bar in 1955; she then moved to Toronto to accept one of two executive positions at World University Services of Canada (WUSC) and managed to persuade the board to incorporate WUSC as a non-profit, non-governmental organization based in Toronto.

She pursued her love of learning and earned a master of arts at the University of Toronto and a doctorate in political science from the London School of Economics. She taught briefly in Montreal and California before becoming a professor at York University. She served the University for 30 years. She was the founder of the Law & Society program in the Faculty of Arts at York University and was director there for many years. Ian Macdonald, who was president at York University at the time, appointed Prof. Banfield as the University’s first adviser on the status of women. She was active in American and Canadian organizations concerned with law and society interdisciplinary teaching and courses.

“My connection with both Jane and Bob goes back a long way,” aid President Emeritus Ian Macdonald. “I first met Bob (before he met Jane) in 1951 when we were fellow candidates for an Ontario Rhodes Scholarship. In later years, I came to know him quite well. However, Jane was very special. In 1955, when I returned from Oxford to teach at the University of Toronto, I was urged by Jane and Lewis Perinbam to join the National Committee of World University of Canada. They were the co-secretaries of WUSC at the National Office on St. George Street in Toronto.

“In 1956, I agreed to take on the task at the time of the Hungarian Revolution of placing 182 Hungarian refugee students into Canadian Universities. Without the around-the-clock assistance of Jane, we would never have succeeded. We were down in Montreal nearly every week-end that winter to meet, organize and arrange the student placements. Two of the students were a young married couple with an infant in arms,” said Macdonald. “Many years later. at the 50th Anniversary Celebration of WUSC held in Rideau Hall, a young man came to me and introduced himself as that former infant. He said that the care and concern of a young woman who was with me had made all the difference to his parents in a strange land. I said, come over here and I will introduce you to that lady, Jane Banfield. And that is why I turned to Jane to be our [York University’s] first adviser on the status of women.”

Fascinated by the world around her, Prof. Banfield guided tours at the Royal Ontario Museum before moving west. She retired to Vancouver in 2004, where, in her own words, she rediscovered the city as an energetic, variegated metropolis. She served on the Vancouver Heritage Foundation board and was an active supporter of the City of Vancouver Archives.

Her brilliant mind, wry sense of humour and keen interest in traveling the world with much savoir-faire and little luggage, and her thoughtfulness of others are qualities her many friends have tried to emulate in their own lives, thanks to her influence. Prof. Banfield had an extensive vocabulary and love of words, making any hasty note she wrote sound like poetic prose. She inspired many and her most generous spirit will live on.

A celebration of life will be held on Saturday, Feb.  20, at the Shaughnessy Heights United Church, 1550 West 33rd Ave., Vancouver. A reception will follow. The family wishes to thank the staff of the Vancouver Hospice Society for their care. In lieu of flowers, donations can be made to a charity of your choice or to the Vancouver General Hospital Foundation for the Banfield Pavilion.