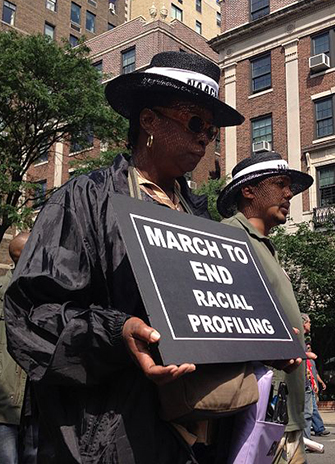 York Professors Lorne Foster and Les Jacobs, along with York’s Centre for Human Rights (CHR), are the primary organizers of the upcoming Racial Profiling Policy Dialogue sponsored by CHR, the School of Public Policy and Administration (SPPA), the Institute for Social Research (ISR) and the Ontario Human Rights Commission (OHRC). Foster and Jacobs are well recognized as among the country’s leading scholars on racial profiling and have conducted large empirical projects on racial bias in policing.

The policy dialogue on racial profiling will take place Feb. 16, 17, and 18 with the primary purpose to stimulate dialogue and generate relevant research to help inform the development of a new OHRC policy on racial profiling. The dialogue is an invitation-only event for about 75 of the country’s leading experts on racial discrimination and racial profiling, as well as key stakeholders from community organizations and civil society.

The Racial Profiling Policy Dialogue will include a public keynote lecture by Haroon Siddiqui on the evening of Feb. 16 in the Osgoode Law Building. This keynote address will be open to the York community and the general public.

Allegations of “driving while black” and “flying while brown” have become commonplace. Public controversy currently surrounds issues regarding practices such as “carding,” “stop-and-search” procedures and “policing at borders” and has raised serious questions about the scope of police powers. Yet, unlike for example the United States or the United Kingdom, a relative lack of scholarly research has prevented a detailed portrait of the extent to which racial profiling is a systemic problem in Canada, and has thus inhibited the development of sound public policy.

The event is designed to produce the first comprehensive study of a range of topics on racial profiling in Canada based on a wider perspective on racial disparities in treatment for enforcement of ostensibly legal purposes in different social environments including: education, the workplace, and the service sectors – not just police.

York University has established strong ties with members and organizations in the Jane-Finch catchment and surrounding areas. Addressing issues of race and racism are long-standing concerns for the community.

This timely and important research and community engagement endeavor is a continuation of York’s efforts as an innovator in building bridges to the external communities that we serve.